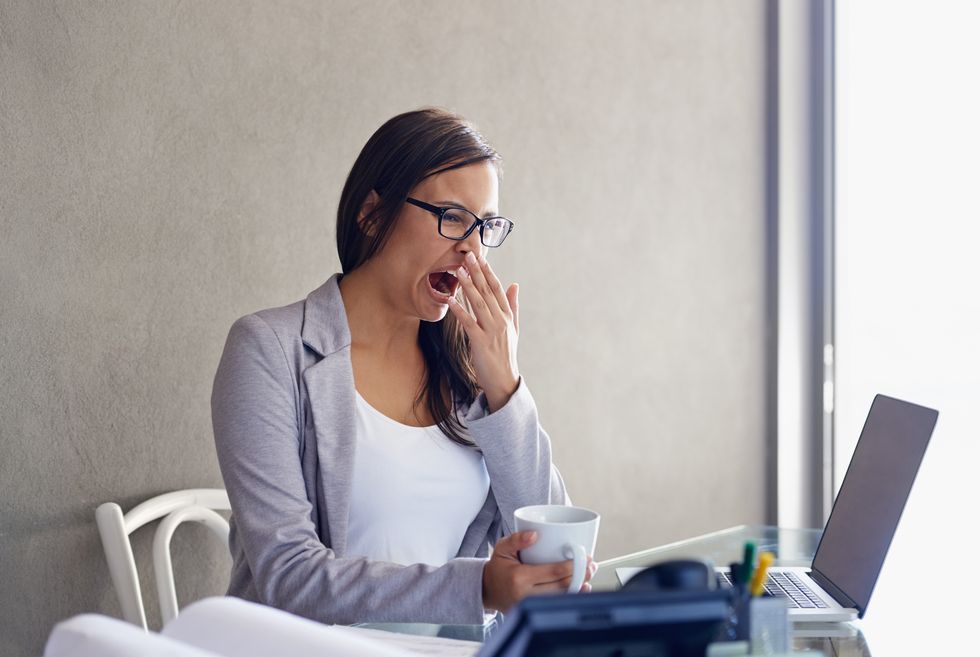 Here's Why You 'Space Out' After Too Little Sleep

Here's Why You 'Space Out' After Too Little Sleep

Ever notice that too little sleep at night can cause you to "space out" the next day?

TUESDAY, Nov. 7, 2017 (HealthDay News)—Ever notice that too little sleep at night can cause you to "space out" the next day?

New research suggests that a lack of sleep hampers communication between brain cells, causing temporary mental errors that affect memory and visual perception. That can lead to problems ranging from minor ones such as forgetting your keys when you leave the house, to more serious consequences such as lack of awareness while driving.

Learn More: Why We Should Pay Attention to Women’s Sleep Health

"We discovered that starving the body of sleep also robs neurons [brain cells] of the ability to function properly. This leads to [mental] lapses in how we perceive and react to the world around us," said study senior author Dr. Itzhak Fried, a professor of neurosurgery at the University of California, Los Angeles, and Tel Aviv University in Israel.

Fried added that severe fatigue "exerts a similar influence on the brain to drinking too much. Yet no legal or medical standards exist for identifying overtired drivers on the road the same way we target drunk drivers."

The study included 12 epilepsy patients who had electrodes placed in their brains prior to surgery to pinpoint the origin of their seizures. They were kept awake all night to provoke seizures.

The patients were asked to categorize a number of images as quickly as possible while the electrodes recorded the activity of brain cells that control memory and visual perception. As the patients grew more sleepy, these brain cells slowed and the task grew more difficult.

"We were fascinated to observe how sleep deprivation dampened brain cell activity," study lead author Yuval Nir said in a UCLA news release. He is a researcher at Tel Aviv University's Department of Physiology and Pharmacology.

"Unlike the usual rapid reaction, the neurons responded slowly and fired more weakly," Nir added, "and their transmissions dragged on longer than usual."

"Slow, sleep-like waves disrupted the patients' brain activity and performance of tasks," Fried said. "This phenomenon suggests that select regions of the patients' brains were dozing, causing mental lapses, while the rest of the brain was awake and running as usual."

The study, published online Nov. 6 in the journal Nature Medicine, underscores how dangerous a lack of sleep can be, according to the researchers.

Fried and Nir plan to continue studying the benefits of sleep and the mechanism behind the cellular glitches that precede the mental lapses.