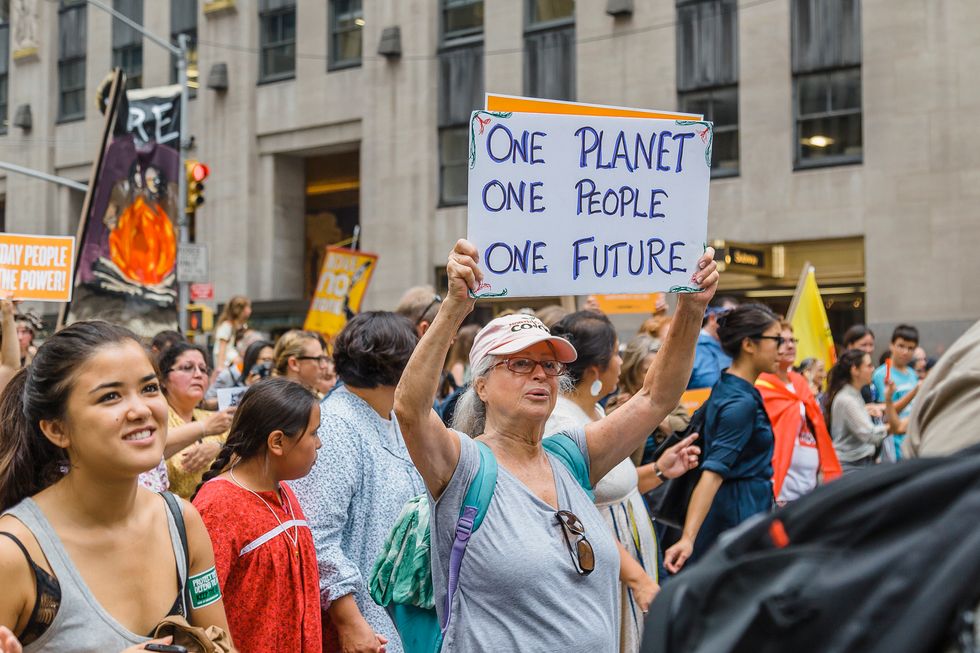 Conducted by the Natural Resources Defense Council (NRDC), the report projected that all 51 of the country's urban areas with more than 1 million people will experience more dangerously hot summer days both in the middle and late parts of this century.

In the report, Constible and her colleagues looked at deaths that have historically occurred during dangerously hot summer days between 1975 and 2010, and then projected how many more deaths could occur as climate change increases the frequency of heat waves.

Historically, only a handful of U.S. urban areas have more than 25 percent dangerous days during summer, and those are all located in the west—Salt Lake City, Las Vegas, Phoenix and Riverside, Calif., the report said.

Unless action is taken to curb climate change, the NRDC projected that more than 75 percent of summer days could be dangerously hot in 43 out of the 51 urban areas by the end of the century.

Constible pointed to Pittsburgh as an example, since President Donald Trump cited that city when he pulled out of the Paris Agreement earlier this month. "I was elected to represent the citizens of Pittsburgh, not Paris," the president said at the time.

Projections for other cities show that:

Northern cities will be more vulnerable to the effects of heat waves because their citizens are less accustomed to protecting themselves from dangerous heat, said Laurence Kalkstein, a professor of public health at the University of Miami's Miller School of Medicine.

"They have variable summer climates," Kalkstein said. "I like to tell students that more people die from heat in Toronto than they do in Phoenix, because Toronto has that type of highly variable weather situation. In Phoenix, people are much more aware of how to deal with heat."

City dwellers also are particularly at risk due to the "urban heat island" effect, explained Cecil Corbin-Mark, deputy director of WE ACT for Environmental Justice, an advocacy group in New York City.

Urban areas are mostly covered in dry, heat-absorbing building materials, the report said, so daytime temperatures can be 18 to 27 degrees hotter in urban areas. The materials also tend to hold heat longer, extending the period of punishing heat on the street.

"We are also concerned that built environments like people's apartments in New York City actually retain and have a more stable elevated high temperature over the period of a day," Corbin-Mark said. "People like the elderly, especially those who don't get out of their homes, are often experiencing elevated temperatures over longer periods of time."

The report argues that sticking with the Paris agreement would save lives—3,110 per year in New York City by the end of the century, 1,660 in Philadelphia, 1,630 in Chicago and 710 in Boston.

But Constible warned that even if the United States chooses to go well beyond the terms of the Paris agreement, there will remain a short-term period of deadly warming with which health officials will have to contend.

"Climate change is affecting us right now," Constible said. "Even if we make really rapid strides to cut carbon pollution, we're still locked in to at least some near-term warming. Health professionals across the country are going to be facing this threat."