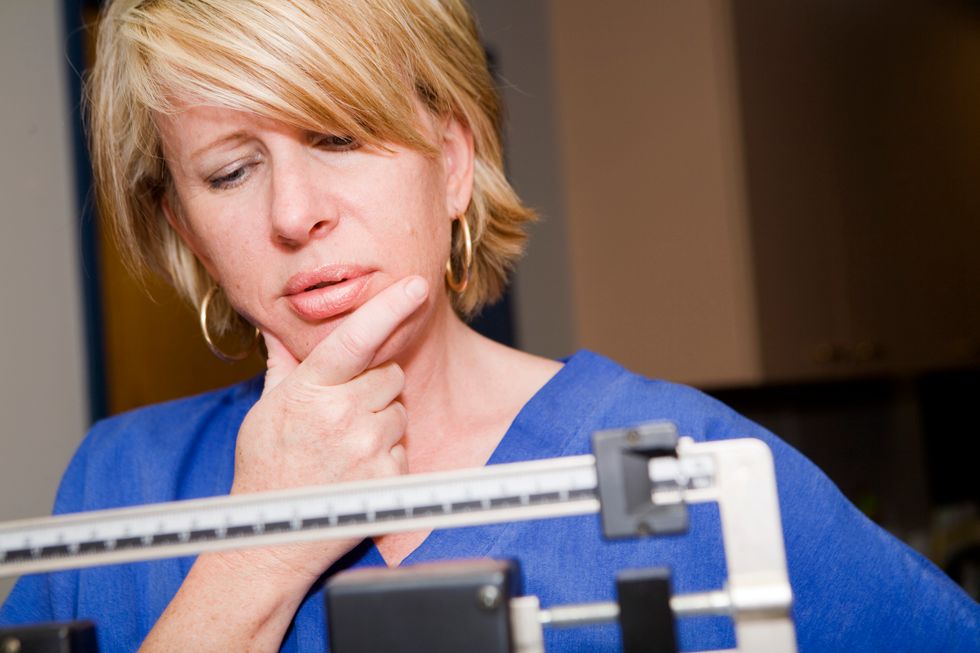 Have Americans Given Up on Losing Weight?

More Americans are overweight or obese, but many have given up on trying to lose those excess pounds, a new study shows.

TUESDAY, March 7, 2017 (HealthDay News) -- More Americans are overweight or obese, but many have given up on trying to lose those excess pounds, a new study shows.

One in every three people in the United States is now obese, compared with one in five 20 years ago, researchers report.

People who were overweight but not yet obese have experienced the greatest loss of interest in maintaining a healthy weight, said senior researcher Dr. Jian Zhang.

"This is not good. We are missing the opportunity to stop overweight from becoming obesity," said Zhang, who is an associate professor of epidemiology with Georgia Southern University.

Zhang and his colleagues analyzed data from the U.S. National Health and Nutrition Examination Survey, a federally funded ongoing survey that keeps track of Americans' health and diet habits.

All racial/ethnic groups across both genders reported decreased interest in weight loss, but women in particular were more likely to say they'd given up on it, the findings showed.

People might be giving up on weight loss because it's just too difficult, Zhang said.

Modern medicine also has gotten better at preserving the overall health of overweight people, perhaps causing them to ask why they should bother, Zhang continued.

"There's increasing evidence that adults with overweight may live as long as and sometimes even longer than normal-weight adults, making many question whether you have to take it seriously," Zhang said. "In clinical practice, we consider treatment of overweight only when patients have two or more additional risk factors," such as high blood pressure or high cholesterol.

It's also possible that overweight has become the new normal. "Today, we believe that majority are right," Zhang said. "As more than half of people are overweight, we simply think we are fine, and there's no need to do anything with body weight."

"First they were told don't eat fat, and now we are telling patients to reduce simple carbohydrates," Roslin said. "While I believe that reducing carbohydrates is key, what the public hears is, 'I might as well eat what I like because all this advice has not worked.'"

According to Dr. Rajpal Chopra, these numbers show that doctors, public health officials and the media need to do a better job emphasizing the importance of maintaining a healthy weight. Chopra is an endocrinologist with Northwell Health's Long Island Jewish Forest Hills, in Forest Hills, N.Y.

"The path to losing weight is often riddled with lots of ups and downs, and it can be a long and frustrating process. What has to be emphasized is the far-reaching health consequences," Chopra said.

"Motivation should come from family, friends, physicians and the media in educating about the health risks of being overweight," he added.

Zhang said that future efforts to improve public health should focus on lifestyle changes that promote healthy eating and exercise for everyone, rather than an emphasis on losing weight.