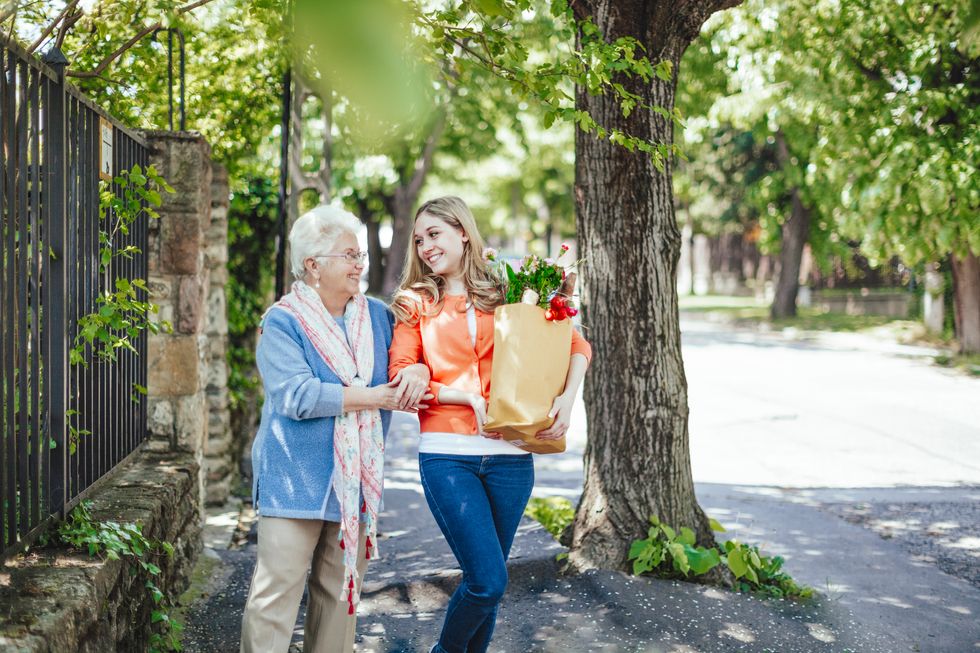 Generosity Is Its Own Reward

Giving Rewards the Giver With Happiness

Generosity really is its own reward, with the brain seemingly hardwired for happiness in response to giving, new research suggests.

TUESDAY, Aug. 15, 2017 (HealthDay News)—Generosity really is its own reward, with the brain seemingly hardwired for happiness in response to giving, new research suggests.

They found that even small acts of generosity—or just promising to be charitable—triggered brain changes that make people happier.

"The findings mean that spending money on others rather than on oneself could be an alternative road to happiness," said study author Philippe Tobler. He's a neuro-economist at the University of Zurich's laboratory for social and neural systems research.

As for why this might be, Tobler pointed to an age-old concept: What goes around comes around.

"Helping others could increase group cohesion, and others may help the original helper in return," he said. Therefore, "helping others and being generous could eventually be beneficial also for the helper," he added.

Learn more about Raising a Child Who Gives Back

Kit Yarrow is a professor emeritus of consumer psychology at Golden Gate University in San Francisco. Commenting on the study, she said the overall findings were "not surprising at all."

"We, as humans, function best when we feel connected to each other," explained Yarrow. "We're designed to respond empathically to each other, and for our self-interest to be balanced by protection of the greater good. In other words, we're pre-wired to receive pleasure from helping others, which includes generosity."

To explore the subject, the study team enlisted 50 Swiss residents. The researchers told them they would each receive 25 Swiss francs (a little more than $26 U.S.) weekly over the coming month.

Half the group pledged to spend the money on others, such as by buying gifts or dinner. The second group committed to spending the money on themselves.

To test the impact of different levels of generosity, the giving group was then asked to accept or reject several options, some involving greater personal cost. In some cases, giving 10 francs cost the giver 3 francs; in other cases, giving 20 francs would only cost 1 franc.

Participants in both groups reported how happy they felt at different stages of the experiments.

They also underwent functional MRI brain scans that focused on activity in three regions: the temporoparietal junction (responsible for socializing and generosity); the ventral striatum (a happiness region); and the orbitofrontal cortex (associated with decision-making), the study authors said.

The researchers found that brain activity associated with happiness, along with self-reported happiness, increased simply after making a commitment to be generous to others.

Happiness and happiness-related brain activity also went up when actually giving, the research team found, and left givers in a happier overall state than those who acted selfishly.

Giving during the holidays is a prime example of a time when "people experience tremendous joy in giving to others," Yarrow said. "The anticipation of the effect their generosity will have on others is part of the thrill."

What's more, said Yarrow, "generosity makes us look at ourselves differently. We see ourselves as better people and get a self-esteem boost when we're generous."

The findings were published recently in the journal Nature Communications.

Black Women Have Many Risks to Their Mental Health. For Me, Juneteenth Is a Day of Healing.