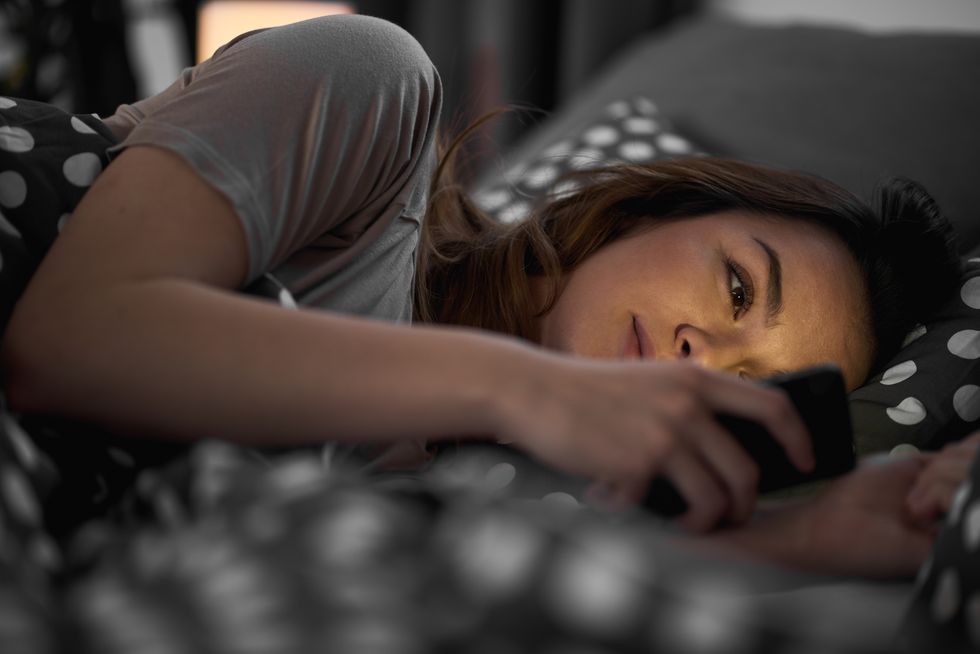 That appears to be one takeaway from a small survey of North American adults in committed relationships who share explicit visuals and/or texts via mobile phones with each other.

READ: 5 Things You Can Do Right Now to Make Your Relationship Intimacy-Ready

The bottom-line finding, said study author Michelle Drouin, is that while "sexting might relate to [increased] sexual satisfaction, it is also related to negative aspects of relationship functioning."

The practice may also ratchet up a dynamic known as "technoference," Drouin added, in which one partner's use of technology -- at the dinner table or while simply hanging out, for example -- is perceived by the other partner as bad for the relationship.

Drouin is a developmental psychologist at Purdue University in Fort Wayne, Ind.

The research initially focused on a pool of 615 adults from the United States and Canada. Three-fifths were women, and three-quarters were white. All were in a committed relationship. No one was older than 66, and the couples had been together an average of nearly 19 years.

Drouin noted that "the likelihood that adult couples are sexting decreases with age," probably because of "age-related differences in technology usage, sexual behavior or relationship stage."

So the researchers focused on a subgroup of 365 respondents who were under the age of 50.

Those who never sexted reported just as much relationship satisfaction as those who did sext, but weekly and daily sexters reported more sexual satisfaction with their partner.

But weekly and/or daily sexting was also linked to a weakening of the ties that bind, the poll suggested, with the research team concluding that "sexting among committed relationship partners does not appear to be associated with positive relationship characteristics or outcomes."

The researchers noted that "a greater percentage of people in same-sex relationships were frequent or hyper-sexters."

According to Joseph Currin, an assistant professor of counseling psychology at Texas Tech University in Lubbock, "Sexting is still a somewhat complex behavior that is just now beginning to be somewhat understood."

He noted that "sexting can range from sending sexually suggestive -- sometimes perceived as 'flirty' -- messages, all the way to sexually explicit videos. As in all behaviors, there are positive and negative aspects to it."

"If both parties engaging in sexting want to, then it can enhance the relationship," he suggested. "However, if someone does not, then it can harm it."

Drouin and her colleagues, Adam Galovan of the University of Alberta in Canada and Brandon McDaniel of Illinois State University, were scheduled to present the findings Thursday in San Francisco at a meeting of the American Psychological Association. Research presented at meetings should be considered preliminary until it is published in a peer-review journal.