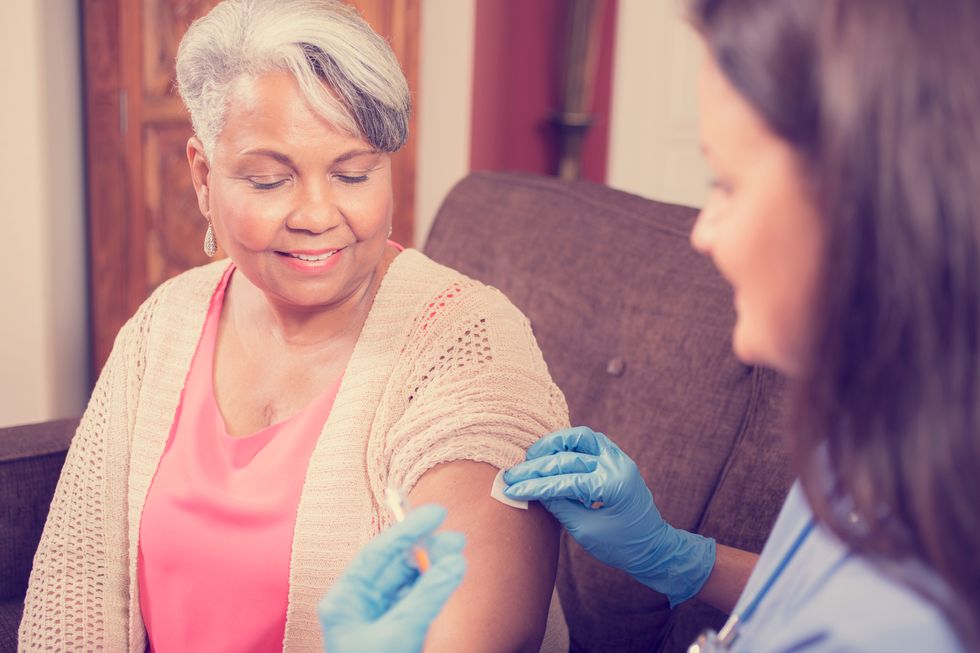 Flu Can Have Dangerous Domino Effect on Older Adults

Flu Can Have Dangerous Domino Effect on Older Adults

Even months after recovering from the flu, older people remain at increased risk for a heart attack, stroke or disability, a doctor who specializes in infectious diseases warns.

SUNDAY, Dec. 3, 2017 (HealthDay News)—Even months after recovering from the flu, older people remain at increased risk for a heart attack, stroke or disability, a doctor who specializes in infectious diseases warns.

"We all know about the illness influenza causes—obviously fever and making you feel poorly, aches and pains—and that is because it sets up a systemic inflammatory response," said Dr. William Schaffner.

He's a professor of preventive medicine and infectious disease at Vanderbilt University School of Medicine in Nashville.

"Nobody wants a heart attack or a stroke, so by preventing flu, you prevent this inflammatory response and you can help prevent those strokes and heart attacks," Schaffner said.

Seniors account for more than half of flu-related hospitalizations caused by influenza and more than 80 percent of flu-related deaths, he said, so it's especially important for seniors to get a flu shot.

"We have a couple of vaccines now that are particularly designed and licensed for use in older adults, and that is because they produce an enhanced immune response in this population," Schaffner said.

Flu can have a domino effect in seniors.

"Influenza can take a person who is functional in society and make them very sick, but after they recover they may never get back to that same level of function that they had before," Schaffner said.

"Flu can be like that first domino falling and beginning to push patients down the disability scale," he said.