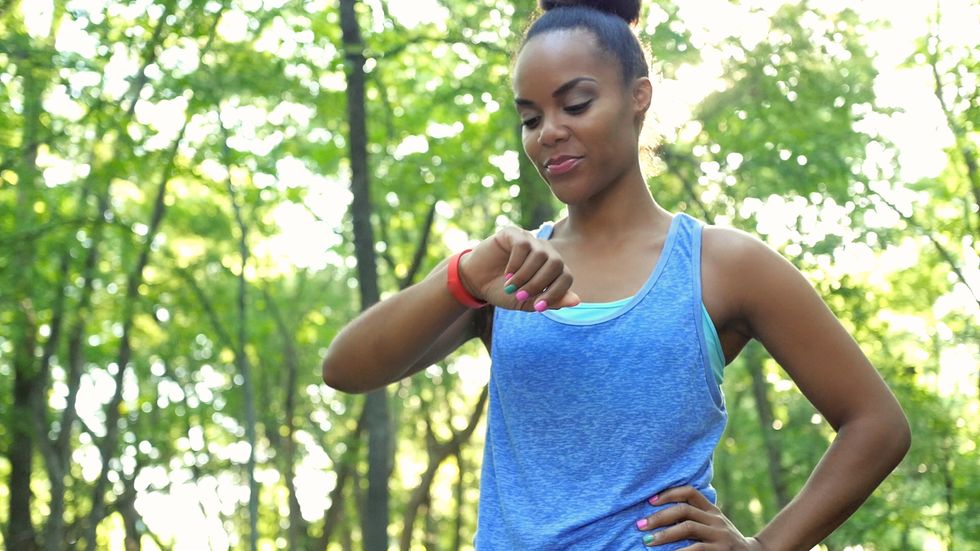 Fitbits and other wrist-worn fitness devices promise to keep track of your heart rate, but new research suggests they are less accurate than thought during certain exercises.

WEDNESDAY, March 8, 2017 (HealthDay News)—Fitbits and other wrist-worn fitness devices promise to keep track of your heart rate, but new research suggests they are less accurate than thought during certain exercises.

"If you need to know your heart rate with accuracy when exercising—either because you are training for a marathon or have safe heart rate limits set by your doctor, perhaps due to coronary artery disease, heart failure or other heart conditions—wrist-worn monitors are less accurate than the standard chest strap," study author Dr. Marc Gillinov said in an American College of Cardiology news release.

The heart rates on the wrist-worn devices were compared to those from a continuous 4-lead electrocardiogram (EKG) and a chest strap monitor. Like an EKG, the chest strap measures electrical activity of the heart.

Depending on the type of activity, the wrist devices were up to 34 beats a minute off. The wrist trackers could either overestimate or underestimate heart rate, Gillinov said. He's a heart valve research, thoracic and cardiovascular surgery expert at the Cleveland Clinic.

The volunteers' heart rates were recorded at rest and after light, moderate and vigorous exercise on a treadmill, stationary bike and elliptical trainer. All of them exercised for 18 minutes.

The chest strap monitor closely matched the readings from the EKG, which is the gold standard for measuring heart rate.

And the wrist-worn devices were fairly accurate when a person was at rest.

Most wrist devices gave acceptable readings during treadmill activity, but were fairly inaccurate while bicycling or using the elliptical, the study revealed.

"We stand behind our heart-tracking technology. Fitbit trackers are not intended to be medical devices," Fitbit said in a statement. "Unlike chest straps, wrist-based trackers fit conveniently and comfortably into everyday life, providing continuous heart rate for up to several days without recharging [the device's batteries]."

The San Francisco-based company added that internal studies involving 60 volunteers showed the device has an average error of 6 percent or less for measuring a person's heart beat. And the Fitbit was tested against devices like the chest strap during walking, running, biking, using the elliptical and more, the company added.

"It's not measuring what the heart does, but rather blood flow—basically the volume of blood in the tissue," Gillinov explained.

Wrist-worn devices also introduce many more variables that can result in incorrect readings, including insufficient contact with the skin due to sweating, poor fit or skin color, he said.

"Even though all these wrist-worn monitors work by the same general principles, there is considerable variation among them," he said.

"Overall, they were most accurate when someone was using the treadmill at low intensity and worst when exercising on the elliptical at high intensity," Gillinov added.

The study is to be presented at the upcoming annual meeting of the American College of Cardiology, in Washington, D.C. Findings presented at meetings are typically viewed as preliminary until they've been published in a peer-reviewed journal.