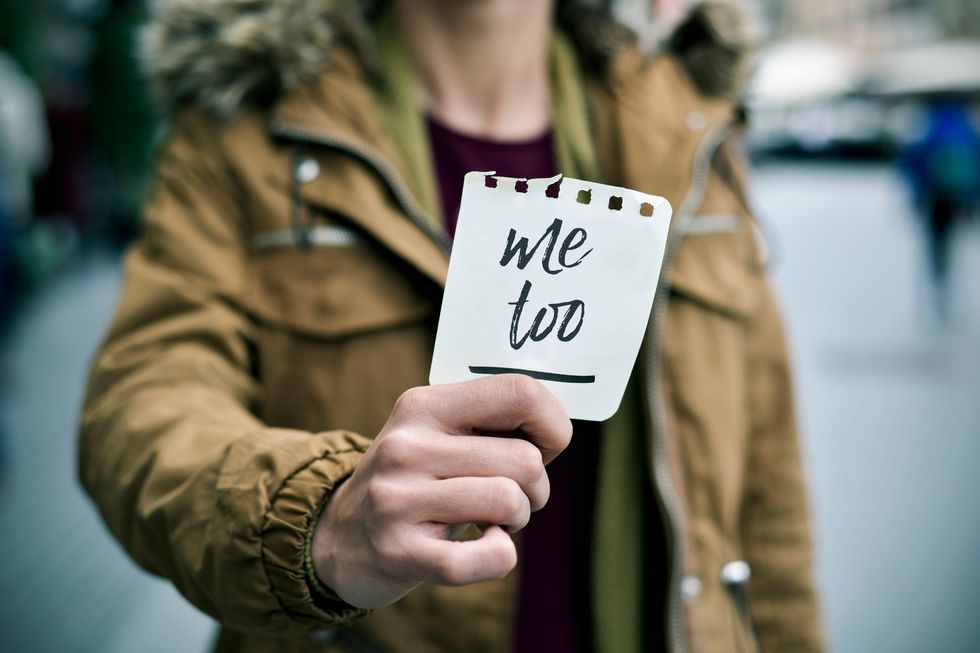 Before the #MeToo movement and the fall of numerous powerful men accused of sexual harassment, researchers surveyed thousands of women and found the problem to be widespread.

THURSDAY, Dec. 14, 2017 (HealthDay News)—Before the #MeToo movement and the fall of numerous powerful men accused of sexual harassment, researchers surveyed thousands of women and found the problem to be widespread.

The poll, conducted last winter by Harvard researchers, found those women most likely to report sexual harassment were young and college-educated.

Among women 18 to 29 years old, 60 percent said they or a female family member had been sexually harassed.

For women 30 to 64, that number hovered around 40 percent. For those 65 and older, 17 percent said they or a female family member had been sexually harassed.

When the researchers looked at the findings based on education, they found that 50 percent of college-educated women said they or a female family member had been sexually harassed. For women with a high school education, that number was just 23 percent.

Does that mean that young, college-educated women are experiencing more sexual harassment—or are they just more willing to speak out about it?

"Younger women may be more familiar with what specific behaviors constitute sexual harassment than older women," he said. "This might be especially true of more educated women."

"Young women in college now were all born near or after the signing of the Violence Against Women Act, and they've always had Title IX, which more recently has been used as a bulwark against gender violence on college campuses," she said.

"During their formative years, they've heard public service announcements, and services have always been provided to them. Plus, there are documentaries and social media," Haldane added.

"They're not necessarily experiencing more sexual harassment—they're just far more aware of how they can come forward," Haldane suggested.

Pryor said that decades of research on sexual harassment fairly consistently finds that about 42 percent of working women report experiencing sexually harassing behavior. Higher rates can be found in the military and in more male-dominated jobs, he noted.

Both experts said that workplaces will likely be changing, and Haldane expressed hope that those changes will be positive for women.

"More women are in the workplace, and more women are in managerial positions. As the hierarchy becomes more diverse in gender and in race, the momentum will build toward equity," she said.

"We're going to have to have difficult conversations, but I think this really is a moment for transformative cultural change," Haldane said.

Pryor agreed. "I think we're certainly at a game-changing moment in some way," he said. "I think we'll see more reporting. The #MeToo movement has removed some stigma."

It's not yet clear, though, how companies and their human resources (HR) departments will respond. Both experts said that, typically, HR works to protect companies against liability.

But Haldane pointed out that an HR department that helps its employees can actually improve the company's brand and reputation.

As harassment accusations have become increasingly public, some men have expressed concern about what's considered OK and what's not.

"Lines are being drawn differently now," Pryor said, "but if you have to ask yourself if you're stepping over a line, you probably shouldn't go there."

The survey was done from late January through early April 2017. It included a nationally representative sample of nearly 3,500 adults.

But What About My Parents? Caring for Older Family Members During Coronavirus