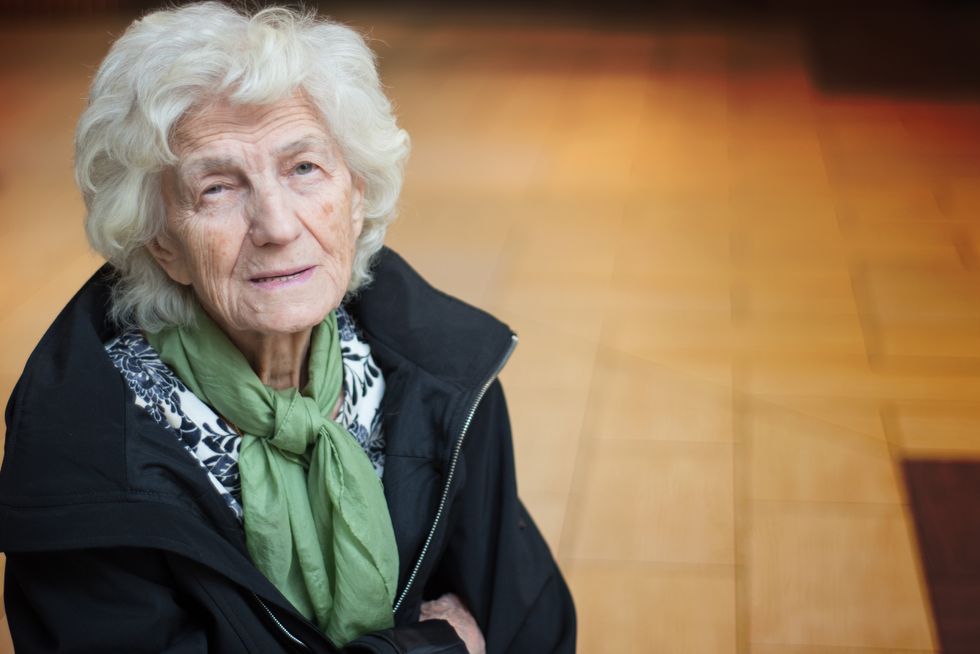 THURSDAY, May 11, 2017 (HealthDay News)—Maureen Murphy believes she has much to lose if Republicans in Congress pass a bill to repeal and replace the Affordable Care Act, also known as Obamacare.

One of millions of Americans with a pre-existing condition, Murphy was a healthy nonsmoker with normal blood pressure when her medical saga began.

What one hospital wrongly diagnosed as Bell's palsy turned out to be "antiphospholipid antibody syndrome with anticardiolipin antibodies." In short, her own body was attacking normal blood proteins and forming multiple blood clots. An MRI revealed that she had suffered a series of small strokes.

Murphy, a television and video production specialist, had tried to buy coverage ahead of her diagnosis in October 2010. But she got stung by a proposed rate hike because of a pre-existing condition. Turns out she had been tagged with "depression" because she attended bereavement counseling after the death of her parents.

When she later reapplied for coverage, the insurer said no, citing "mostly benign things," including treatment for a breast cyst and fibroids.

Once she finally got coverage under Obamacare, she was able to take care of her health.

The 56-year-old manages her condition with twice-daily injections of a blood thinner. But now she's worried her health status will again be used against her.

The U.S. House of Representatives narrowly passed legislation to roll back Obamacare earlier this month. The Senate is now considering the measure amid an angry outcry by patients, provider groups and health advocates who say the measure penalizes people with pre-existing conditions.

"I'm caught in the politics of this nonsense," Murphy said.

Poll after poll has revealed wide public support for an Obamacare provision that bans denials and rate hikes based on a person's health status. That aspect of the law provides a level of protection that many people did not previously enjoy.

Before enactment of the Affordable Care Act seven years ago, insurers in most states maintained lists of "deniable medical conditions," according to a Kaiser Family Foundation analysis.

While insurers varied in what they would deny, such lists commonly included AIDS/HIV, Alzheimer's/dementia, cancer, diabetes, heart disease, kidney disease, multiple sclerosis, obesity and pregnancy, among other conditions, the foundation reported.

Some people who were priced out of the market or denied coverage were placed into state "high-risk" insurance pools. Often, though, premiums were significant and enrollment was limited.

Anthony LoSasso, a health economist, says the issue of pre-existing conditions is complex.

"It evokes such a visceral reaction in people because it seems kind of wrong to not cover pre-existing conditions," he said.

LoSasso, a professor of health policy and administration at the University of Illinois at Chicago, said insurance is designed to cover "unknown" events—not "revealed" events like pre-existing health conditions.

He suggested that covering pre-existing conditions is "equivalent to giving you a homeowners' insurance policy after your house has burned down."

According to LoSasso, forcing coverage of pre-existing conditions prevents insurance markets from working properly, and premiums begin to creep upward and insurers start dropping out of the markets. Eventually, only the sickest people remain, leading to a collapsed health insurance market, he said.

"All these signals that we're seeing—spiking premiums, insurers leaving—those are all consistent with a market that's spiraling downward," LoSasso said.

Obamacare requires insurers to cover everyone, regardless of health risks. Premiums may vary based a person's age, location and smoking status, but not health status. And, health plans cannot refuse to pay for "essential health benefits," even if someone has a pre-existing condition.

Wendy Weller, chair of health policy, management and behavior at the University of Albany School of Public Health in New York, agreed that "if you only have sick people [in the individual insurance market], it is very expensive."

That's why Obamacare included an "individual mandate" requiring most Americans—young and old, healthy and sick—to have health insurance, she explained.

Now, the bill passed by the House, called the American Health Care Act, covers people with pre-existing conditions, but there are strings attached. Consumers must maintain "continuous coverage," meaning anyone with gaps in coverage could face higher rates.

The bill also allows states to opt out of certain Obamacare consumer protections, including how insurers price their products. Analysts say that means insurers could consider health risks when setting premiums.

People who cannot afford their coverage are at greater risk of gaps, Weller said. And for those with pre-existing conditions who try to buy health insurance after a gap in coverage, "it's kind of a double whammy, because insurers can charge you much more now," she explained.

As a fallback, the House bill provides funding to states to set up high-risk insurance pools.

But, LoSasso said, "everybody knows they're very expensive, so they have to be funded properly."

Critics of the GOP bill say it fails to provide sufficient funding to cover people who would be priced out of the individual health insurance marketplace.

The bill now faces Senate scrutiny. Senate Republicans need only 51 votes to move the bill, instead of the usual 60. But with Republicans holding 52 of the upper chamber's 100 seats, the party can only lose two votes. Vice President Mike Pence would cast the tie-breaking vote if necessary.

Murphy said of the new bill, "It's taking me all the way back to 2010 when I didn't have health insurance. It has the potential to make me sick again."