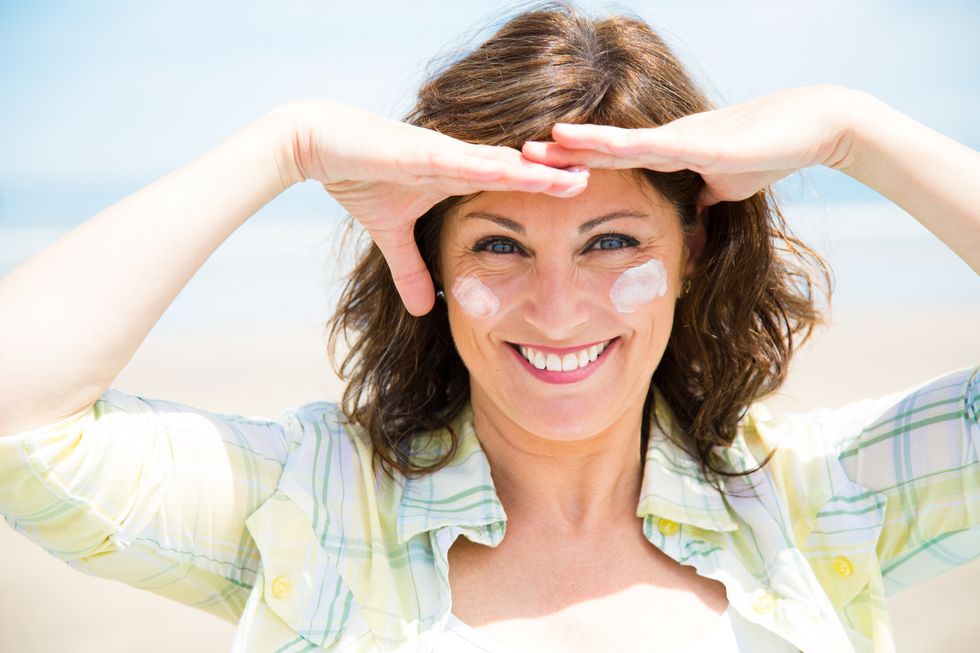 Where fear of skin cancer has little effect, vanity may succeed.

THURSDAY, May 31, 2018 (HealthDay News) -- Where fear of skin cancer has little effect, vanity may succeed.

READ: Protecting Your Skin from the Sun

In a new study, sun worshippers who were shown computer images of how their face would age after years of ultraviolet (UV) light exposure often decided to quit the tanning habit.

In fact, "a single, 10-minute exposure to one's own face, digitally aged, with and without excessive UV exposure, reduced indoor and outdoor tanning behaviors over the next one month," said study author Aaron Blashill.

Blashill is an assistant professor in the San Diego joint doctoral program in clinical psychology at San Diego State University/University of California.

First, a photo is taken of a person's face as they stand in front of a blank white wall with an emotionless expression. The software then processes the image on the basis of exposure to various conditions before generating a series of images that illustrate how that face will likely change as the person grows older (up to the age of 72).

Prior investigations have already explored how the software might be useful as an intervention to help smokers kick their habit, showing them their future appearance following years of smoking.

Focusing on tanning's impact, the researchers in this latest study asked all participants to review sun safety and protection material compiled by the U.S. Centers for Disease Control and Prevention. All had indicated that they had tanned indoors or outdoors at least once during the prior month, and all said they planned to do so again in the coming month.

The participants were then randomly assigned to three groups: the face-morphing group; a CDC material-only group; and a group given both the CDC material and a 10-minute audio class on how to practice mindful sitting meditation.

After having their picture taken, those in the face-morphing group viewed two side-by-side computerized images of their face as they aged, in two-year increments, following regular UV exposure.

After repeating the UV-aging process a second time (until the age of 72), both images were dialed back to 10 years older than the individual's actual age.

The right image was then reset to a 10-year-older face not exposed to UV. That image then toggled back and forth between "tanned" and "untanned" while aging in 10-year increments.

The whole process was repeated in 3D mode.

The researchers determined that indoor tanning among the facial-morphing group plummeted by 60 percent.

And, outdoor tanning fell by 12 percent in the face-morphing group, compared to the other participants.

"That said, because it was so brief we don't expect a single 'dose' would continue to work in the long-term," said Blashill. "Additional 'booster' sessions would be one way to allow the benefits to last longer."

Still, he noted that as a practical matter, "the technology is developed and ready to go." Placing photo-morphing kiosks in pharmacies or doctors' offices would be one way to deploy the software as a tool to discourage tanning, he said, alongside the release of smartphone morphing apps.

The findings were published in the June issue of the journal Body Image.

Dr. Elizabeth Hale is senior vice president of the Skin Cancer Foundation in New York City. The foundation "supports efforts that discourage people from engaging in dangerous and potentially deadly indoor and outdoor tanning," she explained.

"Ultraviolet radiation emitted by the sun and by tanning beds is a proven human carcinogen," Hale said. "We know there is no such thing as a safe UV tan. Tanning both indoors and out can lead to premature skin aging -- wrinkles, lax skin, brown spots and more -- and the development of dangerous skin cancers. Any tool that helps deter people from tanning is a step in the right direction."

How Atopic Dermatitis Changes as You Age

Atopic Dermatitis Across Your Body