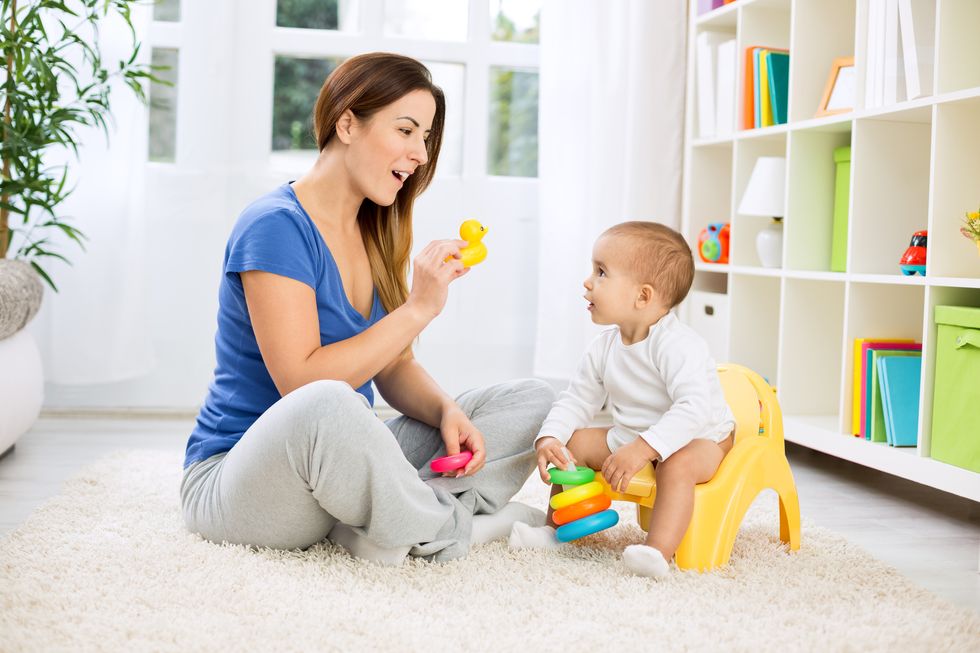 Could You Raise a 'No-Diaper' Baby?

Environmentally conscious parents have long struggled with the fact that their baby's dirty diapers wind up in landfills, but what option do they have?

WEDNESDAY, June 21, 2017 (HealthDay News)—Environmentally conscious parents have long struggled with the fact that their baby's dirty diapers wind up in landfills, but what option do they have?

Faced with just that dilemma, two married Los Angeles doctors turned to a diaper-free approach with their third child, using an apparently ages-old method known as "elimination communication," or EC.

EC definitely isn't for everyone, and probably wouldn't work well in a daycare setting, Drs. Jeffrey Bender and Rosemary She acknowledged.

But for those interested, the couple said getting babies to cooperate with EC is surprisingly straightforward.

The practice relies on gauging a baby's natural timing and cues—such as facial gestures—to recognize when they need to urinate or defecate and holding them over a toilet at those times.

In addition to environmental benefits, the uncommon approach can also reduce health problems in infants such as diaper rash, urinary tract infections and even dangerous methicillin-resistant Staphylococcus aureus (MRSA) infections, Bender and She said.

"It's funny that we think of it as modern and new, where it's probably a very old and ancient practice and what people did before there were diapers and still do across the world where they don't have the luxury of disposable diapers," said She, a pathologist and medical microbiologist at Keck School of Medicine of the University of Southern California.

"I wanted to share our story in hopes other people would be interested in it as well, and maybe spark some research," said Bender, a pediatric infectious diseases specialist at Children's Hospital Los Angeles.

He noted that their daughter—now 5—learned the ropes of EC within a couple months of birth, with only a few "accidents."

Bender and She were among the majority of American parents who used disposable diapers with their two sons.

But after reading about EC, they decided to change their approach with their third child. During her first weeks of life, they clad her in cloth diapers but regularly attempted "toilet time" after each feed and nap.

Holding her over the toilet, they also whistled two notes that their daughter would come to associate with naturally relieving herself. By the end of her first month, the parents experienced only one or two "misses" per day.

"The first time we got her to go poop in the toilet after eating and didn't have to clean a diaper, that was like the best thing ever," Bender said. "By about 6 months or so, we could go out with her and carry maybe a change of clothes, but rarely had to use them. I can't believe we ever [used] diapers."

When their parental leave finished, the couple's nanny continued their efforts. Their caregiver's own Taiwanese grandmother had used EC with her when she was an infant, coincidentally.

But Bender and She acknowledge that carrying out this method with a child who goes to daycare could be problematic. Multiple caregivers and children in a larger setting pose obstacles to paying close attention to one infant's particular cues and responding in time, they said. A one-time babysitter would also have trouble quickly adapting.

"The way our society is, with a lot of children in daycare, this probably isn't feasible," Bender said. "By no means do we feel this is for everyone. We were fortunate and in a position to . . . take alternate months off [when our daughter was a newborn], and a lot of parents don't have that luxury."

Pediatrician Dr. Rashidah Green hasn't yet encountered parents who use EC with their infants. She noted the challenge working parents would face trying to incorporate EC into their day-to-day lives.

"A lot of my patients have parents who are very busy—a lot of parents are both working, and sometimes come from a single-parent home—so I don't think it's the easiest thing to do for kids," said Green, from Montefiore Medical Group in New York City.

"I definitely agree with what [She and Bender] mentioned in the paper about reducing landfill waste—that's a huge pro," she added. "A lot of my patients come in with diaper rashes, so I think reducing rates of diaper rash is also a pro."

The study was published online June 21 in the journal Pediatrics.