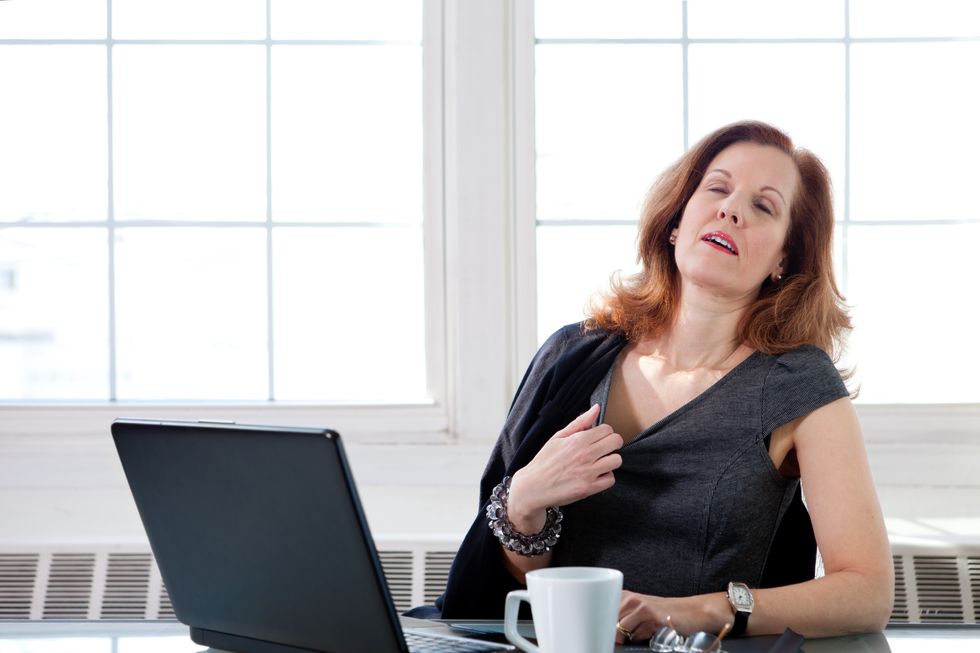 Hot flashes may be more than a troublesome nuisance for some women during menopause—they may be a signal for increased risk of heart disease, new research suggests.

THURSDAY, April 13, 2017 (HealthDay News)—Hot flashes may be more than a troublesome nuisance for some women during menopause—they may be a signal for increased risk of heart disease, new research suggests.

Researchers tracked the health of 272 nonsmoking women, aged 40 to 60. Among women between 40 and 53 years of age, frequent hot flashes were linked to poorer function in blood vessels, the study found.

This association was independent of other heart disease risk factors, noted the team led by Rebecca Thurston of the University of Pittsburgh School of Medicine.

The link seemed restricted to the younger women in the study—there was no such relationship among women aged 54 to 60, the study authors said.

At least in those women who undergo menopause early, hot flashes "are not simply a bother, but herald potential microvascular [small-vessel] disease, and may be a risk factor and predictor of subsequent cardiovascular disease," said Dr. Jill Rabin.

"The reason the study is so important is that heart disease in women in particular can be very difficult to diagnose until its latter stages. All too often, the diagnosis is made far too late, if at all, and at the expense of a woman's life," Rabin added.

"Overall, this is a very interesting and important study," she said. "Future research in this area is warranted and eagerly awaited."

According to Thurston's team, heart disease is the leading cause of death for American women, and the new findings may help health care providers assess heart disease risk in menopausal patients.

The researchers noted that 70 percent of women report having hot flashes during menopause, and about one-third say their hot flashes are frequent and/or severe.

Dr. Rachel Bond helps direct Women's Heart Health at Lenox Hill Hospital in New York City. Reviewing the new findings, she said that even though hot flashes seemed linked to heart risk in younger menopausal women, "we still do not know the causative effect or mechanism" linking the two.

Perhaps in the future, "by gaining a better understanding of the role hot flashes play on vascular health, we could potentially help identify women who may be at risk much sooner," Bond said.

"In my own practice in the women's heart health program, early hot flashes may be a red flag for me as a physician to be more aggressive at either screening for or preventing other risk factors and cardiovascular disease," she said.

The findings were published online April 12 in the journal Menopause.