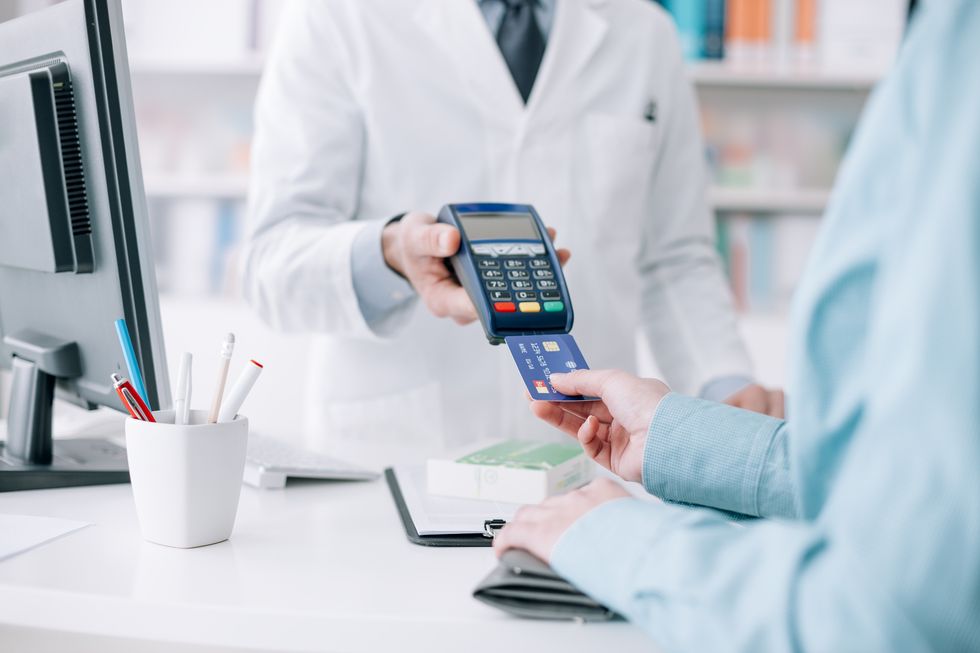 Does a Drug's High Price Tag Cause Its Own Side Effects?

Does a Drug's High Price Tag Cause Its Own Side Effects?

Pricey drugs may make people more vulnerable to perceiving side effects, a new study suggests—and the phenomenon is not just "in their heads."

THURSDAY, Oct. 5, 2017 (HealthDay News)—Pricey drugs may make people more vulnerable to perceiving side effects, a new study suggests—and the phenomenon is not just "in their heads."

The study delved into the so-called "nocebo effect." It's the negative version of the well-known placebo effect, where people feel better after receiving a therapy because they expected good things.

With the nocebo effect, patients' worries over treatment side effects make them feel sick.

In this study, researchers found that people were more likely to report painful side effects from a fake drug when told it was expensive.

But it wasn't just something people were "making up." Using brain imaging, the researchers traced the phenomenon to specific activity patterns in the brain and spine.

"These findings are a strong argument against the perception of placebo and nocebo effects as being only 'fake' effects—created purely by imagination or delusions of the patient," said lead researcher Alexandra Tinnermann. She is with the University Medical Center Hamburg-Eppendorf, in Germany.

Dr. Luana Colloca, a researcher at the University of Maryland in Baltimore, agreed.

"This is not merely a reflection of people's biases," said Colloca, who wrote an editorial published with the study.

"Expectations do modulate symptoms and patients' responses to treatment," she said.

For the study, Tinnermann's team recruited 49 healthy volunteers and randomly assigned them to test one of two itch-relieving "medical creams."

In reality, both creams were identical and contained no active ingredients. However, people in both groups were told that the products could have the side effect of making the skin more sensitive to pain.

There was only one apparent difference between the two phony creams: One came in fancy packing with a high price tag; the other was cheap.

After participants applied the creams to their forearms, the researchers had them undergo a standard test that measured their tolerance for heat-induced pain.

It turned out that people who'd used the expensive cream were more sensitive to pain during the tests. On average, their pain rating hovered around a 15—within the "mild" pain range—whereas people using the cheap cream barely registered any discomfort.

It's likely, Tinnermann said, that people expect a pricey medication to be potent—which could also make them expect more side effects.

Colloca agreed. We are all "vulnerable" to such outside influences, she said, be it a drug's price or how it's given (by IV versus mouth, for instance).

However, we are not just imagining those placebo or nocebo effects, both researchers noted.

That included a change in "communication" between certain brain structures and the spinal cord, Tinnermann said.

According to Colloca, research like this can have practical uses. Doctors could, for instance, inform patients that drug prices or other factors can sway their expectations about a treatment's benefits and risks—and that, in turn, can influence whether they feel better or develop side effects.

There is, however, no research into whether that kind of knowledge helps prevent patients from the nocebo effect, Tinnermann said.

But, she added, health professionals can be aware that patients' expectations "play a huge role in medicine”—and be mindful of how they talk about a medication and its possible side effects.

It's an important matter, Colloca said, because the nocebo effect can cause people to stop taking needed medications.

Colloca pointed to the example of cholesterol-lowering statins.

The potential for those medications to cause muscle pain has been widely reported. And one recent study found evidence that this knowledge can make statin users more likely to report muscle pain side effects.

Other research, Colloca said, has shown that when people stop taking their statins, their risk of heart attack and stroke rises.

The new study was published in the Oct. 6 issue of Science.