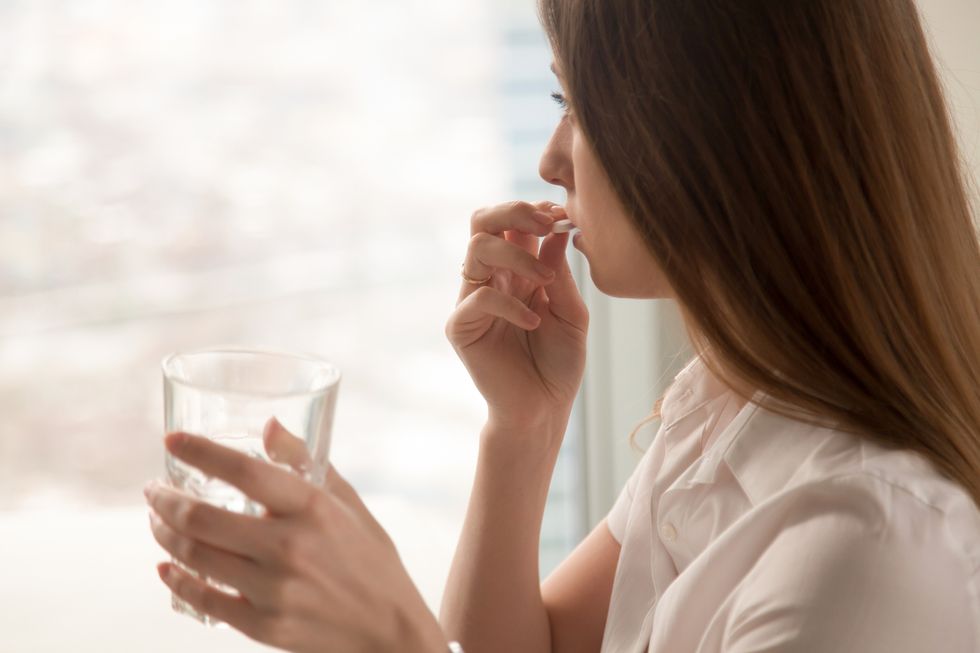 Sure, an over-the-counter painkiller like Tylenol or Advil can help ease aches and pains, but could it mess with your thoughts and emotions, too?

TUESDAY, Feb. 6, 2018 (HealthDay News)—Sure, an over-the-counter painkiller like Tylenol or Advil can help ease aches and pains, but could it mess with your thoughts and emotions, too?

That's the finding from a new review of recently published studies. The studies focused on how nonprescription painkillers might temporarily alter emotions such as empathy or even a person's reasoning skills.

"In many ways, the reviewed findings are alarming," said a team led by Kyle Ratner, a psychology and brain science researcher at the University of California, Santa Barbara.

"Consumers assume that when they take an over-the-counter pain medication, it will relieve their physical symptoms, but they do not anticipate broader psychological effects," the study group said.

One clinical psychiatrist who reviewed the findings said they aren't far-fetched.

"Intuitively, this makes sense, as physical and emotional senses can overlap in the brain," said Dr. Alan Manevitz of Lenox Hill Hospital in New York City.

"While physical pain can be locally 'felt' at the site of a physical injury, the main source and registration of physical pain is in the brain," he explained. "The same is true of hurtful, emotional and painful feelings. We say our 'heart is breaking,' but emotions are felt in the brain."

The new study reviewed findings from studies focused on common over-the-counter painkillers such as ibuprofen (Advil and Motrin) or acetaminophen (Tylenol).

The experiments suggest that a regular dose of the pills might affect a person's sensitivity to painful emotional experiences. For example, in one study, women who took ibuprofen reported less hurt feelings from emotionally painful experiences, such as being excluded by others or writing about being betrayed.

However, men had the opposite pattern—they became more sensitive to these types of scenarios if they had just taken the painkiller.

Ratner's team suggested that these medicines might also reduce a person's ability to empathize with the pain of others. For example, one experiment found that people who took acetaminophen were less emotionally distressed while reading about a person suffering physical or emotional pain and felt less regard for the person, compared with people who did not take acetaminophen.

People also seemed more willing to part with possessions after taking an over-the-counter painkiller in one study: Their asking price for a possession was lower if they had recently taken such a drug.

Nonprescription painkillers might even impair "information processing," the researchers said. In one study, people who took acetaminophen made more errors of omission during a task than those who did not take the drug, for example.

Dr. Michael Ketteringham, a psychiatrist at Staten Island University Hospital in New York City, reviewed the findings. He stressed that—given an ongoing epidemic of opioid abuse—people shouldn't be too concerned about the new report.

"Over-the-counter pain medications play an important role as alternative medication to opioids in the treatment of pain," Ketteringham said.

But the study team wondered if, sometime in the future, it might be possible that the medicines could be used to help people deal with hurt feelings.

Still, both Ratner's team and Manevitz stressed that it's far too early to turn over-the-counter painkillers into psychological treatments.

"Clinically, we are a far cry away from the doctor saying, 'Heartbreak? Take two Tylenol and call me in the morning,'" Manevitz said.

The review was published online Feb. 6 in the journal Policy Insights from the Behavioral and Brain Sciences.