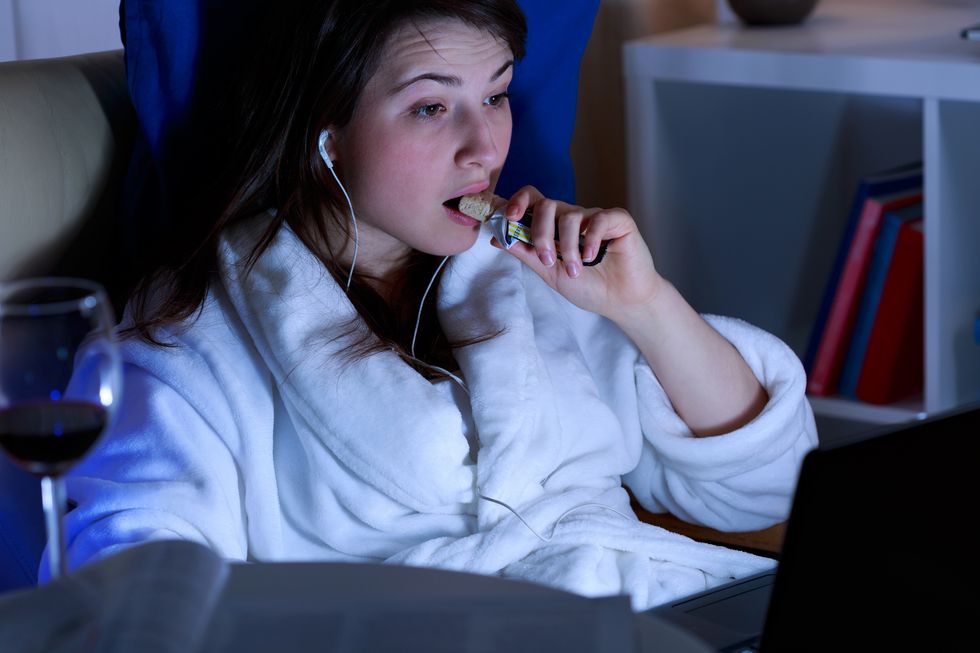 Do 'Early Birds' Get the Healthier Worm?

Do 'Early Birds' Get the Healthier Worm?

Early birds may have a leg up over night owls when it comes to health and weight, new research suggests.

FRIDAY, March 3, 2017 (HealthDay News)—Early birds may have a leg up over night owls when it comes to health and weight, new research suggests.

Investigators in Finland found that morning people tend to eat better and earlier in the day than late-to-bed types.

The result: a higher risk of obesity for the night owls, said study lead author Mirkka Maukonen, of the National Institute for Health and Welfare in Helsinki.

"We found that night owls had postponed timing of food intake, and less favorable eating patterns with higher intakes of sucrose, fat and saturated fat in the evening hours than early birds," said Maukonen, a doctoral candidate in the department of public health solutions. Sucrose is a type of sugar.

Registered dietitian Lona Sandon, of the University of Texas Southwestern Medical Center at Dallas, wasn't surprised by the findings. She said physiology and biology likely play a role.

"Past research has shown that hormones that impact appetite and metabolism—the way our body uses or stores energy—are produced at different levels throughout the day and night," said Sandon, who wasn't involved in the study.

"The amount of sleep and time period of sleep may affect the production of these hormones, and therefore drive differences in appetite or food choices as well as body composition and weight," she explained.

So what's a night owl to do?

"Changing sleep habits, just like changing dietary habits, is tough for many people," said Sandon. "But it just may be worthwhile for people to try for one's health."

The researchers found that night owls also engaged in less routine physical activity, had more difficulty sleeping, and were more likely to smoke. And fewer night owls ranked themselves as being in good overall health or shape, relative to morning people.

The study team focused on nearly 1,900 Finnish adults ages 25 to 74 who had participated in a national nutritional study or a national heart disease study in 2007.

Nearly half the participants were deemed to be morning people, while just 12 percent qualified as night owls. About 39 percent fell somewhere in between, the researchers said.

Total daily caloric consumption was similar for early and late risers. But night owls consumed 4 percent fewer calories before 10 a.m. each day and had less energy in the morning, a pattern that continued throughout the earlier daylight hours.

"It could be that this lighter eating generates increased feelings of hunger during the late afternoon and evening hours and thus leads to less healthy food choices with more sugar and fat," Maukonen said.

Night owls tended to consume fewer carbohydrates, proteins and fats throughout the day, with one exception: sugar. They took in significantly more sugar in the morning and after 8 p.m. than early birds. They also gravitated toward more fat and saturated fatty acids at night.

On weekends, the nutritional gap widened, the study found.

This doesn't mean that late nights will doom you to obesity, however. The study only found an association between night owl habits and risk for poorer health, not a direct cause-and-effect relationship.

"Whether you are an early bird or a night owl, it is influenced half and half by your genes and by your daily timetables you want to adopt," Maukonen said. "Therefore, one thing that could benefit night owls is a greater flexibility in working time schedules, so that night owls may live more according to their internal biological time and not against it."

The study results were published recently in the journal Obesity.