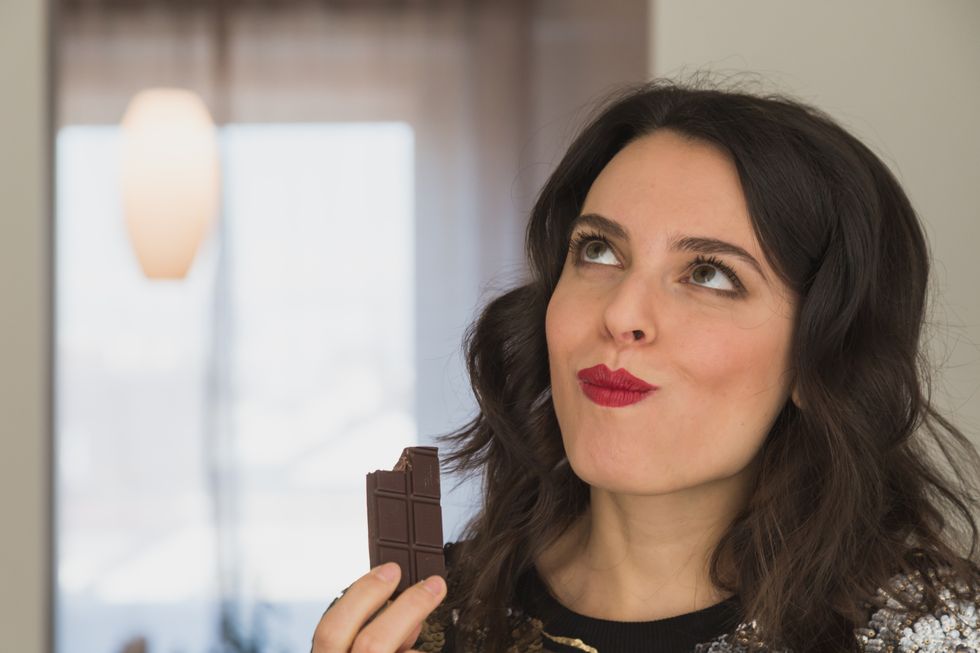 Could Chocolate Guard Against an Irregular Heartbeat

New research suggests the sweet might help keep a common and dangerous form of irregular heartbeat at bay.

The study of more than 55,000 people in Denmark found that those who favored chocolate tended to have a lower risk of atrial fibrillation, an irregular heartbeat that raises stroke risk.

The study tracked people's health for more than 13 years, over which time more than 3,300 cases of atrial fibrillation emerged.

But the benefit then leveled off, with a 16 percent lower risk of atrial fibrillation among adults who ate one or more 1-ounce servings of chocolate a day.

"Our study adds to the accumulating evidence on the health benefits of moderate chocolate intake," lead author Elizabeth Mostofsky, an instructor in epidemiology at the Harvard School of Public Health, said in a university news release.

Cardiologist Dr. David Friedman said that although study did have its limitations, "it made a sweet suggestion that there is a potential link with higher intake of chocolate consumption and less development of atrial fibrillation events."

However, he stressed that cardiovascular health relies on more than just chocolate intake. Factors such as regular aerobic exercise and other healthy behaviors "could be a benefit as well," said Friedman, who is chief of heart failure services at Northwell Health's Long Island Jewish Valley Stream Hospital in Valley Stream, N.Y.

According to the study authors, prior research has suggested that cocoa and cocoa-containing foods can benefit the heart. That's because they contain high levels of flavanols, which may improve blood vessel function.

But Mostofsky stressed that "eating excessive amounts of chocolate is not recommended because many chocolate products are high in calories from sugar and fat and could lead to weight gain and other metabolic problems."

Instead, "moderate intake of chocolate with high cocoa content may be a healthy choice," she said.

Dr. Rachel Bond helps direct women's heart health at Lenox Hill Hospital in New York City. Looking at the study data, she noted that "it appears that people who do regularly consume chocolate are also those patients who had less health issues such as diabetes and high blood pressure.

"As these other health issues are known to predispose people to atrial fibrillation, it is hard to say whether eating chocolate was protective or if this population is generally less predisposed to irregular rhythms," Bond said.

Still, Bond said that in her own practice she is "currently recommending to my chocolate-loving patients the consumption of dark chocolate—in moderation."

The study was published online May 23 in the journal Heart.