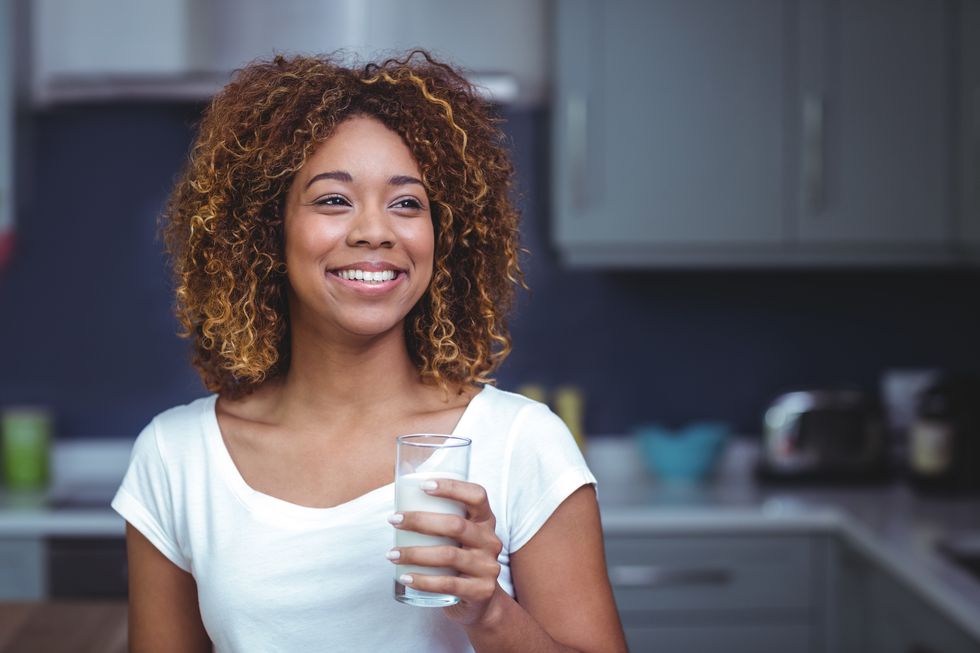 Is Dairy Due for a 'Heart Health Makeover'?

Is Dairy Due for a 'Heart Health Makeover'?

READ: The Facts About Milk

But new research involving 24,000 U.S. adults suggests milk and milk-derived products don't pose the dire health risks suggested by prior research, and maybe those old warnings should be relaxed.

But caveats may still be in order, said Banach, who is a professor in the department of hypertension at the Medical University of Lodz, in Poland.

"Given the evidence that milk increases the risk of [heart disease], it is advisable to drink fat-free or low-fat milk," Banach said in a news release from the European Society of Cardiology (ESC).

The study findings were presented Tuesday at the ESC's annual meeting in Munich.

Due to often high levels of saturated fat, dairy products have long been thought to raise the risk of an early death, particularly from heart disease, stroke and cancer.

But findings on the connection have been inconsistent at best, Banach's team noted.

In this latest research -- which received no funding from the dairy industry -- the Polish team examined data collected from more than 24,000 U.S. adults. Participants averaged nearly 48 years in age and took part in a federal health survey conducted between 1999 and 2010.

These findings were confirmed with an analysis of 12 other studies that included nearly 637,000 people tracked for an average of 15 years, Banach's group said.

However, the researchers found that high intake of milk itself was associated with a 4 percent greater risk of death from heart disease.

What to make of it all? First of all, findings presented at medical meetings are typically thought of as preliminary until published in a peer-reviewed journal. And the studies involved only looked at associations, they couldn't prove cause and effect.

So U.S. experts in nutrition and cardiology agreed the analysis won't put this issue to bed.

"While on one hand [dairy] seemed to be protective from cerebrovascular disease, on the other hand it seemed to be detrimental in coronary heart disease and progression," said Dr. Rachel Bond, who helps direct women's heart health at Lenox Hill Hospital in New York City.

"As a cardiovascular disease physician who deals with both the heart and vasculature of the entire body, including the brain, I find this to be a mixed message and I'm not sure what to make of it," she added.

"I would say that, beyond this meta-analysis, there would have to be further investigations and evidence before I can make any definitive recommendations to my patients," Bond said.

Stephanie Schiff is a registered dietitian at Huntington Hospital in Huntington, N.Y. She agreed with the Polish team that data on the cardiovascular effects of dairy products has been "inconsistent."

The new finding on cheese is especially puzzling, Schiff said.

It's "bound to make cheese lovers very happy," she said, but "it is still wise to exercise caution. We need to remember that cheese is a high-fat food item, and overindulgence can lead to overweight or obesity, which may increase the risk of heart disease and cerebrovascular disease."

And if the advice from the researchers is to avoid high-fat milk, "why is this being ignored in cheese?" Schiff wondered. "Is there another component of cheese that renders it more healthful?"

Finally, she wonders if other elements in a dairy-lover's diet are contributing to health risks or benefits.

For example, Schiff said, "it is possible that U.S. adult milk drinkers are also consuming other products along with milk that may contribute to an increase in heart disease, such as sugary cereal."

So Schiff concluded that, despite this new data, "the jury is still out" on dairy's role in cardiovascular health.