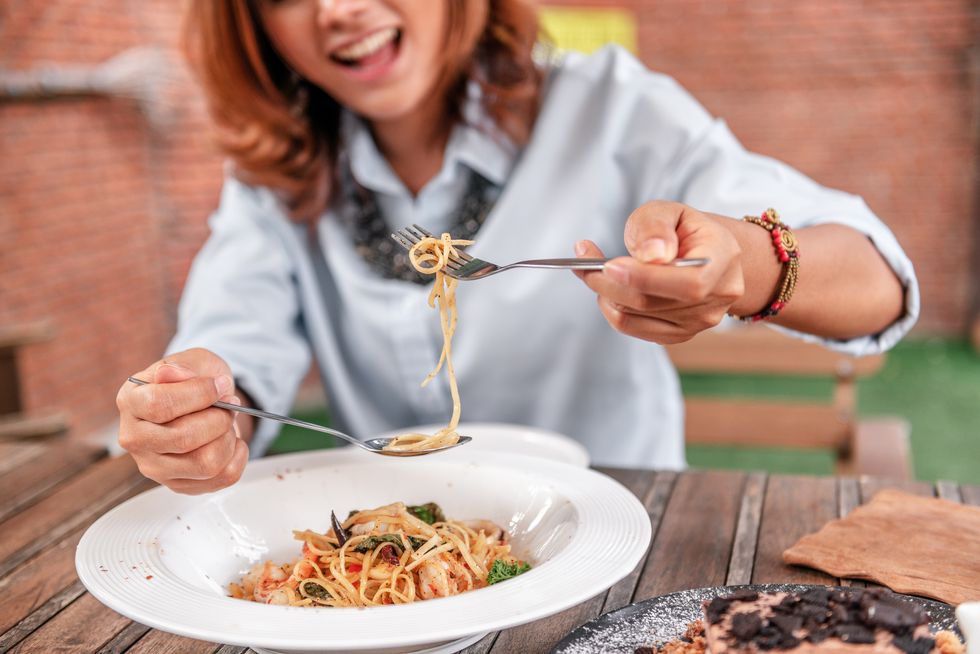 Could Carb-Heavy Meals Keep You From Good Sleep?

Could Carb-Heavy Meals Keep You From Good Sleep?

Pasta, white bread, sugary candy and baked goods: Americans love them, but could all those "refined" carbohydrates and sugars be keeping people up at night?

FRIDAY, Dec. 13, 2019 (HealthDay News) -- Pasta, white bread, sugary candy and baked goods: Americans love them, but could all those "refined" carbohydrates and sugars be keeping people up at night?

READ: Products That Help You Sleep

About 30% of Americans have insomnia, and a new study finds carb-heavy diets may share part of the blame.

"When blood sugar is raised quickly, your body reacts by releasing insulin, and the resulting drop in blood sugar can lead to the release of hormones such as adrenaline and cortisol, which can interfere with sleep," Gangwisch explained in a university news release.

The new study focused on more than 50,000 older women who completed food "diaries" as part of the ongoing Women's Health Initiative study.

The study couldn't prove a cause-and-effect relationship, but Gangwisch's team found that postmenopausal women who ate a lot of refined carbohydrates, especially added sugars, were likely to become insomniacs.

The higher the woman's dietary glycemic index, which measures the amount of sugar in foods, the higher her risk for insomnia, according to the study. That was particularly true when diets included added sugars and processed grains, the study authors said.

On the other hand, a diet rich in vegetables, fiber and whole fruit was tied to fewer problems with insomnia, and better, restful sleep, the findings showed.

Whole fruits contain sugar, but the fiber in them prevents spikes in blood sugar, Gangwisch explained. "This suggests that the dietary culprit triggering the women's insomnia was the highly processed foods that contain larger amounts of refined sugars that aren't found naturally in food," he said.

While the study focused on older women, these findings probably apply to men and people in all age groups, the researchers believe.

"Many people are aware that if they eat sweets it will make them sleepy or agitated, so if this takes place at night it may affect how they sleep," said Dr. Gerald Bernstein, program coordinator at Lenox Hill Hospital's Friedman Diabetes Institute, in New York City.

"Given the pernicious effect of a lack of sleep, dietary adjustment may be beneficial in increasing sleep and reducing insomnia," he reasoned.

So, could eating healthier bring you better sleep? That's not yet clear, Gangwisch said.

"Based on our findings, we would need randomized clinical trials to determine if a dietary intervention, focused on increasing the consumption of whole foods and complex carbohydrates, could be used to prevent and treat insomnia," he said.

The report was published online Dec. 11 in the American Journal of Clinical Nutrition.