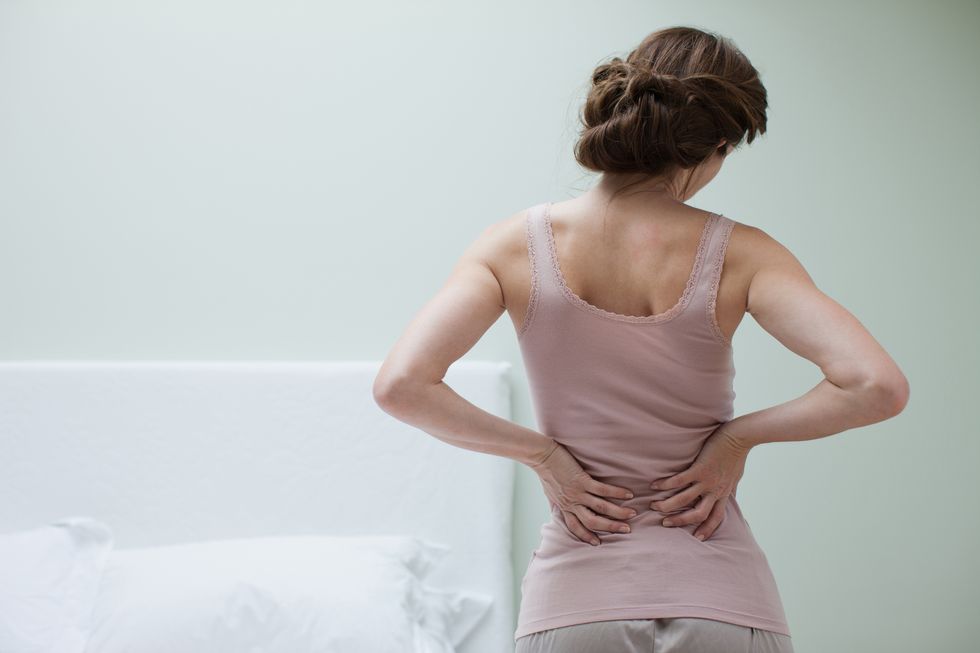 Back Pain and pain killers

Painkillers like aspirin, Aleve and Advil don't help most people with back pain, a new review finds.

THURSDAY, Feb. 2, 2017 (HealthDay News)—Painkillers like aspirin, Aleve and Advil don't help most people with back pain, a new review finds.

The researchers estimated that only one in six people gained a benefit from taking these nonsteroidal anti-inflammatory drugs (NSAIDs).

The findings raise the prospect that no over-the-counter painkillers really ease back pain, at least in the short term, and some may raise the risk of gastrointestinal problems.

"There are other effective and safer strategies to manage spinal pain," said review author Gustavo Machado. He is a research fellow with the George Institute for Global Health in Sydney, Australia.

Back and neck pain are the leading cause of pain worldwide, the researchers said.

For the review, the investigators examined 35 studies on the use of NSAIDs to treat back pain. The studies most commonly examined the drugs ibuprofen (Advil), naproxen (Aleve), cox-2 inhibitors (but not Celebrex) and diclofenac (which is available in the United States, but not widely known).

The studies, which tracked about 6,000 people, "showed that commonly used NSAIDs have only small effects on pain relief and improvement of function," Machado said. "Moreover, these small effects may not be perceived as important for most patients with spinal pain."

The researchers also found that participants taking the drugs were 2.5 times more likely to experience gastrointestinal side effects, compared with those who took inactive placebos.

The review only included studies of people who took the drugs for an average of seven days.

"Unfortunately, there are no studies investigating the effects of NSAIDs for spinal pain in the medium-term (three months to 12 months), and the long-term (more than 12 months)," Machado explained.

Dr. Benjamin Friedman is an associate professor of emergency medicine with Albert Einstein College of Medicine and Montefiore Medical Center in New York City. He estimated that the painkillers might be even more ineffective than the review suggests, with fewer than one in 10 patients getting substantial relief.

What should patients with back pain do? Friedman said he often recommends the drugs even though they're not likely to provide benefits.

"The happiest back pain patients I know are the ones who have found relief with some type of complementary therapy such as yoga, massage or stretching," Friedman noted.

Study author Machado said, "Patients should discuss with their doctors whether they should take these drugs, considering the small benefits they offer and likelihood of adverse effects."

As for whether opioid painkillers—such as Oxycontin—might work, he suggests that patients avoid them for back pain since research by his institute's team has suggested they aren't very effective either.

However, Friedman said they're often prescribed for very brief periods for unbearable pain, along with physical therapy.

As for other suggestions, Machado points to guidelines that recommend patients with back pain remain active and avoid bed rest.

"There is also evidence that physical therapies and psychological therapies—such as cognitive behavioral therapy—bring benefits to these patients," he said.

Also, Machado said, "people should focus on preventing back pain in the first place. Having a healthy lifestyle and engaging in physical activities is a very important way of achieving this."

The review was published online Feb. 2 in the Annals of the Rheumatic Diseases.

We Want to Hear From You

For Millions of Americans Enduring Chronic Pain, Support Is Overdue

Fast Facts: 10 Things to Know About Women and Chronic Pain