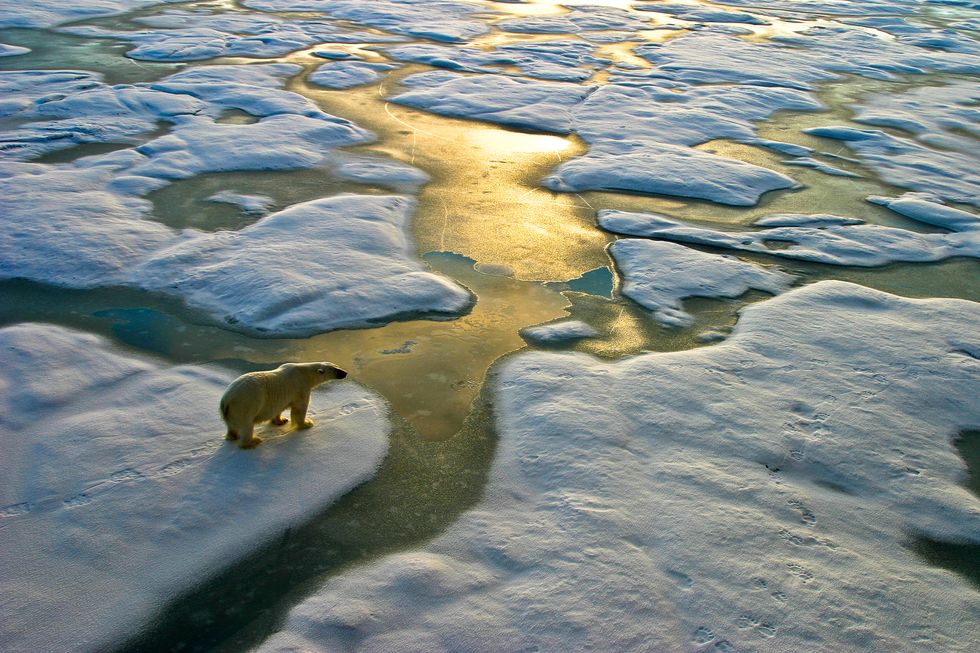 As the Trump administration moves to undo certain climate change policies, a leading group of U.S. psychologists has issued a report that says warming trends and related extreme weather events could wreak havoc on mental health.

"The impacts of climate change will not be restricted to those who are directly affected," said Susan Clayton, coauthor of a new report from the American Psychological Association and the nonprofit ecoAmerica.

Climate change presents "a far more widespread threat to our well-being through direct and indirect impacts on mental health," said Clayton, a professor of psychology at the College of Wooster in Ohio.

The report draws attention to the physical effects of climate change, including lung and heart disease, malnutrition and increased risk for asthma and insect-borne diseases such as Zika.

But the psychological effects may be harder to quantify. When flood waters recede or wildfires burn out, human suffering may persist, the researchers said.

In Gulf Coast areas devastated by Hurricane Katrina in 2005, for example, suicide and/or suicidal thoughts more than doubled. Nearly half the citizenry developed an anxiety or a mood disorder such as depression, while one in six experienced post-traumatic stress disorder (PTSD), according to prior research cited in the new report.

Similarly, nearly 15 percent of residents hit by Hurricane Sandy in 2012 were found to have PTSD symptoms, the report said.

Victims of natural disasters who must move because of job or housing loss often feel a lack of control, security, identity and autonomy, the report noted.

This emotional vulnerability extends to subtler weather-related changes such as poorer air quality, onset of drought, the steady decline of food availability (so-called food security) and the rise of heat-related stress. These all take a toll on mental health, the psychologists' group said.

The result, according to the report authors, is a broad swath of people at risk for developing a sense of helplessness, fatalism, resignation and dread as climate change affects the social fabric and identity of their communities.

The report comes on the heels of controversial moves by the Trump administration to undo U.S. environmental protections put in place by the Obama White House.

Efforts to combat climate change are essential, according to the report authors. Globally, incidence of heat waves tripled between 2011 and 2012. And, warming temperatures are projected to cause sea levels to rise anywhere from 8 inches to more than 6.5 feet by the year 2100, the report said.

This will threaten the safety of roughly 8 million Americans now living in coastal regions, the report authors said.

On the mental health front, a broad review of existing research indicated that between 7 percent and 40 percent of natural disaster survivors develop some sort of mental health pathology. Besides anxiety and depression, this can include substance abuse.

The report also highlighted the psychiatric harm to children in the face of stress and uncertainty. It's feared they're at risk for behavioral changes that could undermine their developmental well-being and interfere with memory, decision-making and academic achievement.

"Social connections are very important to individual well-being in the best of times, and are a key indicator of resilience following negative events," she added.

Become informed about the likely impact of climate change in your community, and learn how to prepare for it, she advised.

"Being informed will make you feel, and actually be, in greater control," Clayton said.

Optimism can help, too, she noted. "Climate change is a major threat. But we have dealt with major threats before," she said.

The report was released March 30.