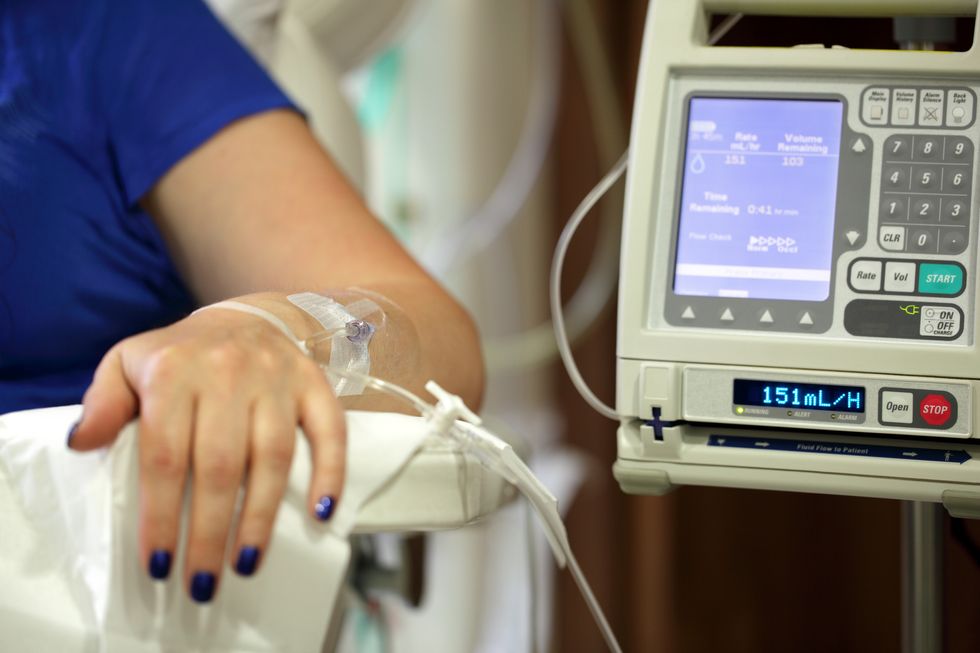 'Chemo Brain' Lasts for Months in Many Breast Cancer Survivors

The finding comes from one of the largest studies to date to look at chemotherapy-related thinking problems that plague many women treated for breast cancer. Those problems can include memory lapses, attention issues and difficulty processing information.

When researchers compared hundreds of U.S. women six months after chemotherapy ended with hundreds of healthy women, they found more than one-third of the chemotherapy group had a decline in thinking scores versus less than 15 percent of the others.

"The bottom line is, this is a real problem, patients are having difficulties and we need to acknowledge it is one of the difficulties of treatment," said Dr. Patricia Ganz.

Ganz is director of cancer prevention and control research at the University of California, Los Angeles Jonsson Comprehensive Cancer Center.

She's also co-author of an editorial accompanying the study, which was published recently in the Journal of Clinical Oncology.

Patients say they make mistakes when writing down numbers, forget names of people they know, and don't remember the way to a familiar destination while en route, explained Janelsins. She's an assistant professor of surgery, radiation oncology and neuroscience at the University of Rochester Medical Center and the Wilmot Cancer Institute in New York.

The researchers aimed "to really assess the problem [of chemo brain] in a very methodical and comprehensive way by including a nationwide sample," Janelsins said.

Her team looked at 581 patients treated for breast cancer at multiple sites across the United States, comparing them with 364 healthy people without breast cancer. The average age was 53.

The researchers analyzed patients' perceived impairment and also how others perceived the mental difficulties.

A month after chemo ended, 45 percent of patients reported a significant decline in so-called cognitive abilities, but only one in 10 in the comparison group did. The problems got better with time, but did not disappear.

After six months, 36 percent of patients still felt their mental ability had declined, compared to about 13 percent of the others.

Similar problems were experienced by women whether they received hormone therapy and/or radiation treatment after chemotherapy or chemo alone, the study found.

The researchers reported that younger women, black women and those with more anxiety and depression at the study start were more likely to have greater declines in brain functioning.

The researchers can't say why chemotherapy drugs seem to lead to the fuzzy thinking. Nor can they say there's a direct cause-and-effect relationship. They do know certain people are more vulnerable.

The important finding, Ganz said, is that some patients still had problems six months later.

While some researchers dismiss self-reporting as an untrustworthy research method, she disagreed. "If the patients tell you they are having [cognitive] difficulties, we have to acknowledge that and figure out a way to help," she noted.

"The good news is, there are large numbers of women who get better," Ganz said.

There may be biological reasons some patients are more prone to chemo brain, she said. She generally refers those who don't improve to a neuropsychologist. The focus then is on helping patients overcome the problems.

"There may be things we can do to organize their lives," Ganz said. Patients might begin to use planners or "sticky notes," she explained, to help remember things.

Exercise can also help, Janelsins said. In an earlier study, she found that patients who engaged in gentle yoga saw improvement in thinking function.

The study findings aren't a reason to change clinical practice at this point, Ganz and Janelsins agreed. What's needed, they said, is more information on which patients are most likely to develop the thinking problems.

Colorful Sweets May Look Tasty, but Some Researchers Question Whether Synthetic Dyes May Pose Health Risks to Your Colon and Rectum

A Conversation With Dr. Sarah Psutka About Bladder Cancer

Are You at Risk for Iron Deficiency Anemia?