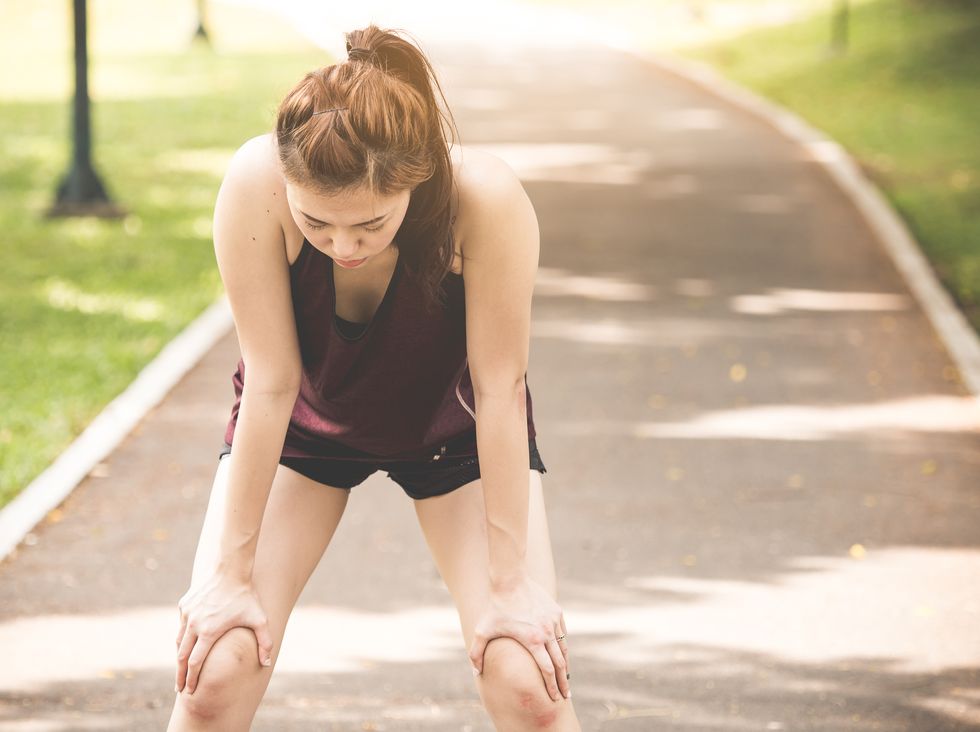 Some of the signs of cardiac arrest can be very clear and happen well before anything lethal occurs.

WEDNESDAY, May 2, 2018 (American Heart Association) -- A heart-stopping condition that causes about half of all cardiovascular-related deaths seems to happen in an instant, with no symptoms.

But several recent studies show that, sometimes, people who experience sudden cardiac arrest have warning signs hours and even weeks ahead of time. Experts say that's why it's important for everyone to be educated about the signs and to know what to do when someone's in trouble. It's also why, for those who seemingly have no symptoms, more research is needed.

A study published May 2 in the American Heart Association journal Circulation showed symptoms cropped up in about 54 percent of cardiac arrest sports-related cases, with about 71 percent of those having at least one symptom four weeks beforehand. Separate research last year said about 30 percent of athletes were reported to have symptoms such as chest pain, shortness of breath, performance decline, palpitations and fainting before having a cardiac arrest.

But it's not just limited to athletes, according to research published in 2016 in the Annals of Internal Medicine that found 50 percent of middle-aged people who had a cardiac arrest had warning symptoms in the four weeks before the lethal event.

"Some of the symptoms can be very clear, and that's where raising awareness would help," said Dr. Sana M. Al-Khatib, a professor of medicine at Duke University Hospital, who has been researching sudden cardiac death prevention for about 20 years. "But some patients also have vague symptoms." People at risk -- those with coronary artery disease or multiple risk factors such as diabetes, hypertension, high cholesterol and smoking -- shouldn't ignore the symptoms, said Al-Khatib, who was not involved in the new study.

The statistics are grim. Of the more than 356,000 out-of-hospital cardiac arrests each year in the United States, nearly 90 percent of them are fatal, according to statistics from the AHA.

Sudden cardiac arrest happens when an electrical disturbance in the heart causes it to stop abruptly, halting the flow of blood to the brain and vital organs. Death can follow within minutes if the heart rhythm is not restored with an electrical shock.

"But there is a group of patients out there who have no symptoms, unfortunately, and the first thing they have is a cardiac arrest."

That's when a full web of community support is crucial, said Dr. Robert Campbell, a pediatric cardiologist at the Sibley Heart Center at Children's Healthcare of Atlanta. Campbell was not involved in the new research.

People should understand their own and their family's history of illness, to know if they might be at risk, he said. At the same time, family doctors, school nurses and community members all should know the symptoms and signs of cardiac arrest. Then, he said, everyone should know the steps to save a life: Call 911; initiate CPR; and use an AED, an automated external defibrillator that checks and restores a heart to its normal rhythm.

"You have to be curious and careful. It doesn't cost money to ask questions," said Campbell, medical director of Project SAVE, a program the children's hospital started in 2004 to help prevent sudden cardiac deaths. So far, about 1,200 Georgia schools have gone through SAVE's training, which includes creating emergency action plans, CPR education and drills.

An Ohio law last year began requiring education and training for coaches, parents and athletes on the signs and symptoms of an underlying heart condition. It requires a signed form to acknowledge the symptoms and mandates that children with heart disease symptoms be removed from play until cleared by a cardiologist. A version of the law has been passed in other states.

"The dream would be to identify these people before they have a cardiac arrest," said Al-Khatib, who helped write guidelines for preventing sudden cardiac arrest in patients who have a rapid heart rate called ventricular arrhythmia. "What are the other clinical features, some tests to identify this higher risk group? That's where the research hasn't delivered yet."