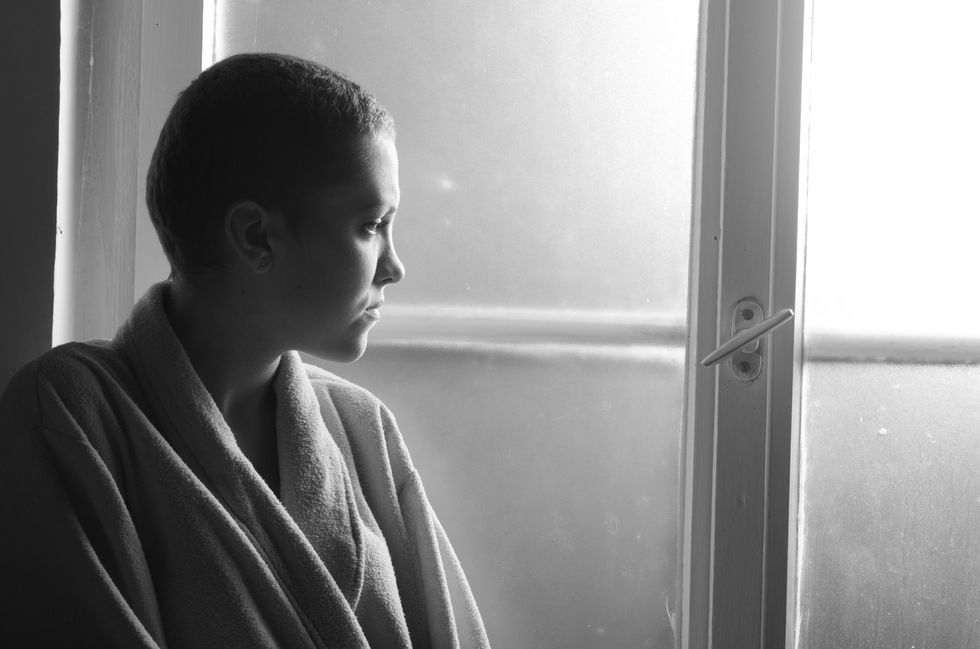 Cancer Patients May Have Undiagnosed Depression

Cancer Patients May Have Undiagnosed Depression

Depression is common, though often overlooked, in people with cancer, a new study suggests.

Researchers assessed depression in 400 patients treated for cancer between 2013 and 2016 at University Hospital Cancer Center, in Newark, N.J. They were between 20 and 86 years old, with an average age of 55.

Depression was found in 40 percent of the patients, and 3 out of 4 of those patients were never diagnosed or treated for it, researchers found.

The study was presented Sunday at the annual meeting of the American Society for Radiation Oncology, in San Diego. Findings presented at meetings are typically viewed as preliminary until they've been published in a peer-reviewed journal.

"Depression prevalence continues to be high among cancer patients, especially those receiving treatment at an urban cancer center, as well as those who identify as female or are disabled by their disease," said study author Jason Domogauer, an M.D./Ph.D. student at Rutgers University New Jersey Medical School, in Newark.

"Alarmingly, most of these patients remain undiagnosed and untreated, indicating an important gap in cancer care and an opportunity to improve patient outcomes," he said in a society news release.

Between 15 percent and 25 percent of cancer patients have depression, a rate two to three times higher than in the general U.S. population, according to the U.S. National Cancer Institute.

Domogauer said diagnosis and treatment are key. "Our findings point to a clear need for action including depression screening during initial and continuing patient visits, initiation of mental health treatments for identified patients and increased collaboration with mental health providers in cancer treatment centers," he said.

"These efforts are particularly important for patients in urban centers, those who are female and those who are unable to work because of their disease," Domogauer said.