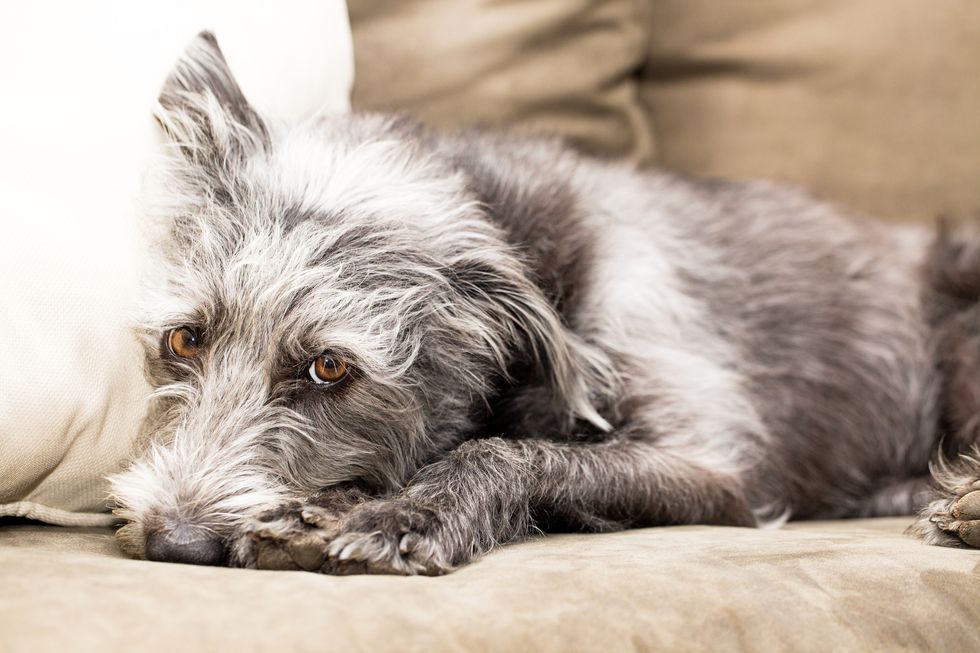 Can Your Dog Get the Flu?

Can Your Dog Get the Flu?

While a brutal flu season is felling humans by the score, veterinarians warn that there have also been outbreaks of canine flu in some parts of the United States.

MONDAY, Jan. 29, 2018 (HealthDay News)—While a brutal flu season is felling humans by the score, veterinarians warn that there have also been outbreaks of canine flu in some parts of the United States.

Which dog owners need to worry?

According to Dr. Amy Glaser, director of the Molecular Diagnostic Laboratory at Cornell University's Animal Health Diagnostic Center, there have been pockets of cases reported in Florida, Kentucky and Tennessee, as well as in southwest Ohio and parts of central coastal California.

"Canine influenza, or dog flu, is a highly contagious respiratory infection of dogs that is caused by an influenza A virus," explained Dr. Michael Topper, president of the American Veterinary Medical Association.

What's more, "almost all dogs exposed to the virus will become infected," although most cases will be mild, Topper said. Dogs can catch it from other dogs and through contact with contaminated food and water bowls and toys.

Why will most catch it? Dog flu is still "an emerging disease," Topper said, and most dogs in the United States have not been exposed to it.

That means roughly 80 percent of those animals that become infected will develop a flu-like illness, he said.

"Once introduced into a group of dogs [canine flu] spreads quickly," Glaser confirmed. "And it should be expected that all or most dogs will be affected, as most dogs are susceptible to infection."

On a positive note, humans can't catch canine flu, Glaser explained. In fact, the U.S. Centers for Disease Control and Prevention stresses that "no human infections with canine influenza have ever been reported."

And while many cases of dog flu go unreported, canine flu has never broken out on a national scale. According to Glaser, "unlike human influenza, canine influenza outbreaks tend to be highly local, with intense transmission in defined geographic locations."

So what are the signs a dog has the flu?

"Most dogs infected with canine influenza exhibit signs similar to what we see in people who are sick with the flu," said Topper. Symptoms include coughing, sneezing, a runny nose, lethargy, a fever and/or a reduced appetite.

"Some dogs with influenza may vomit or have diarrhea," Glaser added. "Most dogs will recover, but some may need medication to help prevent secondary bacterial infections that can be serious if untreated."

Said Topper: "In more severe cases, dogs may have a very high fever of 104 to 106 degrees Fahrenheit and clinical signs of pneumonia most likely from a secondary bacterial infection."

But only about 10 percent of infected dogs will die, he said. "For most dogs, the illness is mild, and they recover in two to three weeks," he added.

But infected dogs with canine flu "should be isolated to prevent transmission of the virus to other dogs," said Topper.

"The course of treatment depends on the pet's condition," Topper said, "including the presence or absence of a secondary bacterial infection, pneumonia, dehydration or other medical issues such as pregnancy, preexisting respiratory disease or a compromised immune system."

In some cases, vets may prescribe antibiotics or a nonsteroidal anti-inflammatory to reduce fever, swelling and pain. Dehydration may also call for "fluid therapy," while only severe cases tend to require hospitalization.

Concerned owners should contact a vet to get a proper diagnosis, both Topper and Glaser said.

But Topper emphasized that there is no cause for pet owner alarm and noted that vaccines are now available for both strains of the virus.

"We want people to be aware of the disease but not to panic," he said. "If you're concerned about the virus, or you've heard that it's been confirmed near you, talk to your veterinarian about ways to keep your dogs safe."