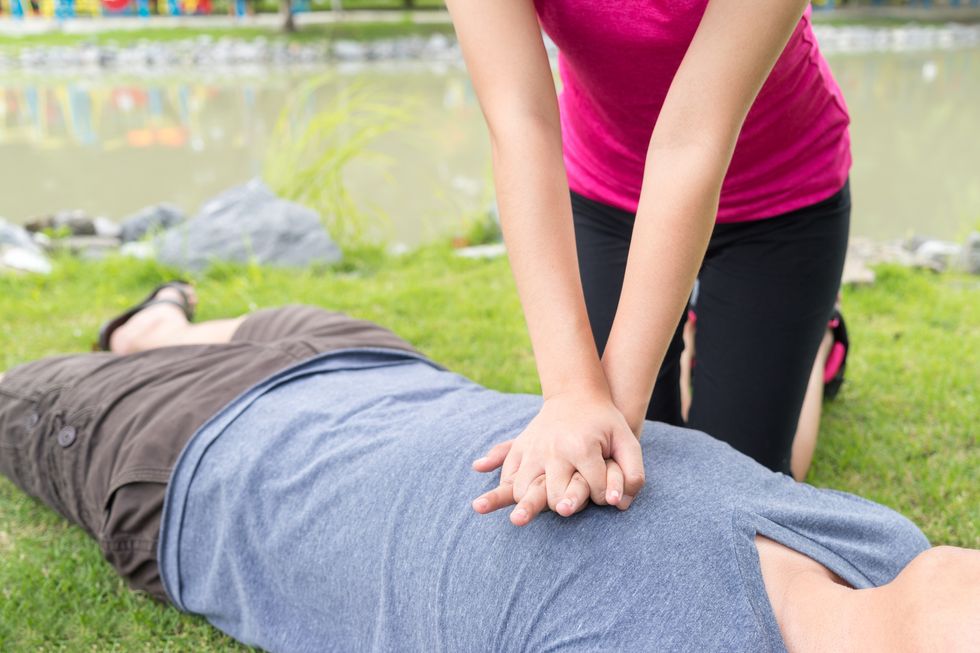 Can You Imagine Being Awake During CPR?

Can You Imagine Being Awake During CPR?

A new report shows it happened for one man for up to 90 minutes, and the finding suggests that sedation during CPR should be contemplated.

TUESDAY, June 5, 2018 (HealthDay News) -- It's your worst nightmare: As doctors race to save your life while performing CPR, you're actually awake and conscious of what they are doing.

A new report shows it happened for one man for up to 90 minutes, and the finding suggests that sedation during CPR should be contemplated.

"At this time, we in the medical profession are not attending to the pain we cause nor are we aware about patients' levels of consciousness during CPR," said study author Dr. Rune Lundsgaard, from Herlev Hospital's department of anesthesiology, in Copenhagen, Denmark. "This should be an area of future research."

The new case study involved a 69-year-old man who suffered cardiac arrest in a hospital. Medical staff began CPR with chest compressions and 100 percent oxygen through a mask. By the time the cardio-resuscitation team arrived, the patient's blood oxygen level was 100 percent and he had a high level of awareness, as indicated by open eyes and movement of his head and limbs.

The man was intubated, to ensure a clear airway, and given epinephrine (adrenaline) every three to five minutes, to try to restore a pulse and normal blood circulation, according to the report.

CPR was continued for 90 minutes, but the man did not survive. An autopsy later showed that he had a complete aortic dissection, an often fatal condition in which the inner and outer layers of the aorta separate as blood is forced between them.

The report was scheduled for presentation Monday at the Euroanaesthesia Congress in Copenhagen.

The patient's high level of awareness throughout the 90 minutes of CPR suggest that the efforts were highly effective, and stopping CPR after 90 minutes raises ethical questions because he was conscious at the time, said Lundsgaard.

Though it's rare, "awareness during CPR also raises the question of proper sedation during resuscitation, which is not currently part of the guidelines," Lundsgaard noted in a meeting news release.

A previous study found that 2 percent of cardiac arrest survivors exhibit full awareness during CPR, which can lead to post-traumatic stress disorder.