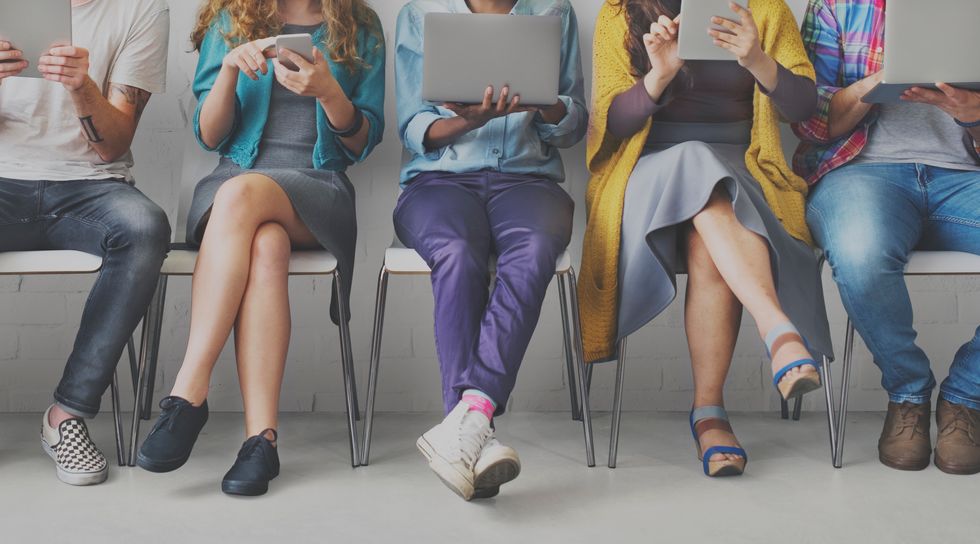 Young people who spend a lot of time on social media—websites designed to bring people together—seem to be more isolated, new research suggests.

Ironically, the researchers found that the heaviest users of social media had about twice the odds of feeling socially isolated compared to their less "web-connected" friends.

The findings "remind us that social media is not a panacea for people who feel socially isolated," said study lead author Dr. Brian Primack. He's director of the University of Pittsburgh's Center for Research on Media, Technology, and Health.

Primack said past research has suggested that people who use social media the most are especially isolated. But those studies have been small, he noted.

The new study is the first analysis of social media use and so-called social isolation in a large group of people from across the United States, according to Primack.

But, at least one social media expert said the study leaves too many questions unanswered to offer people any practical advice.

The study included nearly 1,800 people aged 19 to 32. The participants completed a 20-minute online questionnaire in 2014. Half were female and 58 percent were white. More than one-third made at least $75,000 a year. The participants, who'd taken part in research before, received $15 each for the survey.

Those who used the services more often—either in terms of the number of times they used them or in total amount of time spent on them—were more likely to report feeling isolated from other people, the investigators found.

The authors noted that the study had limitations. One is that it wasn't designed to prove a cause-and-effect relationship. And, it's not clear which came first—the social media use or the feelings of isolation, according to the researchers.

In addition, the study only looked at people aged 32 and under, so the findings may not be the same in older people.

Primack also pointed out that the study examined people's use of social media as a whole, not specific sites. There's no way to know if people who read glowing posts about their friends' perfect vacations on Facebook are more or less isolated than those who prefer to watch YouTube videos of cats or bitterly argue about politics on Twitter.

If there's a link between social media use and isolation, what may be going on? "It may be that people who feel more socially isolated use a lot of social media to try to increase their social circles," Primack suggested.

"But both directions may be at work. People who feel socially isolated may reach out on social media to 'self-medicate,' but this may only serve to increase perceptions of social isolation," he added.

The findings suggest that people who feel isolated may generally be unable to find a connection through social media, Primack said.

The answer may be going offline, he said.

"A much more valuable and robust way to deal with perceived social isolation would probably be to nurture true in-person social relationships," Primack said. "Of course, social media remains a potentially powerful tool to help leverage those relationships. However, it is probably not such a strong replacement in and of itself."

Anatoliy Gruzd is an associate professor at Ryerson University in Toronto who studies social media. Gruzd said the study is too limited and "cannot be reliably used to generate practical advice about isolation and social media use. There are still many unanswered questions and untested variables."

"The study also does not account for the level and type of participation in social media. For example, one can spend hours on Facebook just to browse pictures posted by others, while another person may be using the same amount of time to actively post and connect with others on Twitter," Gruzd noted.

The study was published in the March 6 issue of the American Journal of Preventive Medicine.