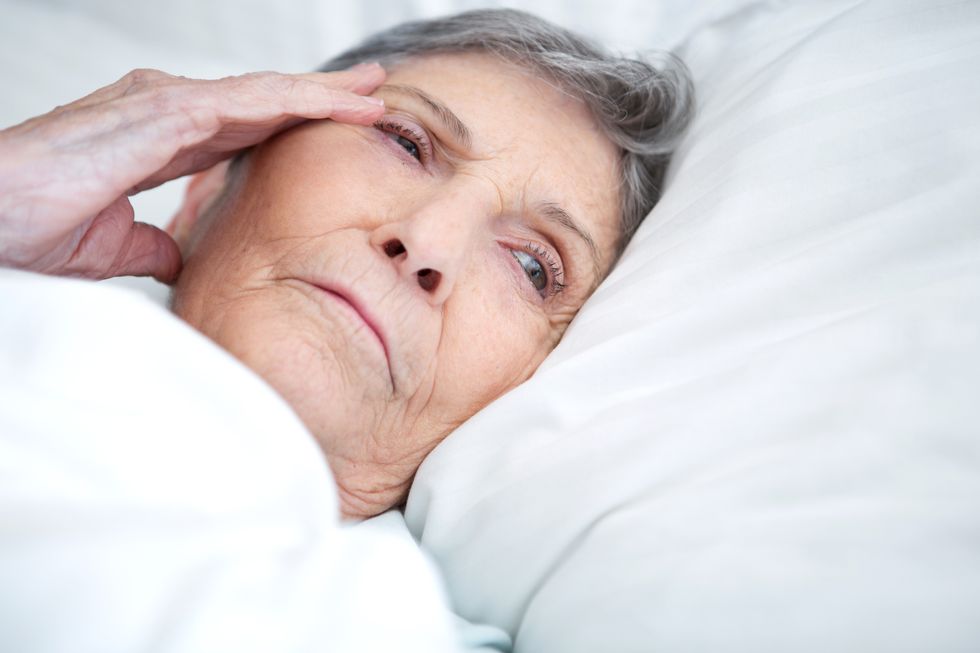 Breathing problems during sleep may signal an increased risk for Alzheimer's disease, a trio of studies suggests.

TUESDAY, July 18, 2017 (HealthDay News)—Breathing problems during sleep may signal an increased risk for Alzheimer's disease, a trio of studies suggests.

And, the researchers added, treating conditions like sleep apnea and hypopnea (shallow breathing) might lower the risk of dementia, or at least slow its progression.

"What's exciting about these three studies is that they are looking at biological changes in the brain that may underlie a relationship between sleep problems and Alzheimer's disease," said Keith Fargo. He is director of scientific programs and outreach at the Alzheimer's Association.

Fargo cautioned, however, that these studies only show an association between sleep problems and Alzheimer's disease, and not a cause-and-effect link.

But it's possible that the development of the amyloid plaque that is a tell-tale sign of Alzheimer's is causing sleep problems, he noted.

People with sleep apnea should get treatment, Fargo said, because "even if you don't have Alzheimer's disease and will never develop it, sleep apnea itself can cause cognitive [thinking] problems, which can be turned around with treatment."

The three studies, conducted by researchers from Wheaton College in Illinois and colleagues, used data from the Alzheimer's Disease Neuroimaging Initiative. The findings were to be presented Tuesday at the Alzheimer's Association conference in London. Research presented at meetings should be considered preliminary until published in a peer-reviewed medical journal.

Sleep apnea affects three in 10 men and one in five women; it occurs when the upper airway closes partially or fully, causing pauses in breathing during sleep, the researchers explained.

In the study, sleep apnea was associated with increased development of beta-amyloid plaque in the brain.

According to the researchers, sleep problems accelerate the development of amyloid plaque in both people without dementia and in those already suffering from dementia.

Specifically, the investigators found that sleep apnea was tied to increased deposits of beta-amyloid in the brain and decreases in beta-amyloid in spinal fluid. They also saw increased levels of tau protein—another marker of Alzheimer's.

In one study led by Amanda Shim, from Wheaton, the researchers looked at the accumulations of amyloid plaque in the brains of more than 500 people who did not have dementia.

The findings showed that people with sleep problems had more of this plaque than those who did not have sleep difficulties.

Moreover, Shim's team did not find a connection between plaque and those who carried the APOE-e4 gene, which is a genetic risk factor for Alzheimer's.

This suggests that sleep apnea may be independently associated with brain plaques, Shim said.

In a second study, Megan Hogan and colleagues did a similar analysis, which looked at the effects of sleep problems in nearly 800 people who had early signs of memory and thinking problems, called mild cognitive impairment.

Hogan's team also found that levels of beta-amyloid were higher in those with sleep problems than among those without them.

Although mild cognitive impairment doesn't necessarily lead to dementia, people with these difficulties are at risk of developing Alzheimer's or other types of dementia, Hogan noted.

"These findings indicate that sleep apnea may be facilitating cognitive decline," she said.

"Screening for and prescribing treatment for sleep apnea should be a high priority, especially in individuals with mild cognitive impairment. By treating sleep apnea, people may be able to stay cognitively healthier for longer," Hogan suggested.

In a final report, Dr. Omonigho Michael Bubu, an instructor of applied health science at Wheaton College, studied both groups in the first and second studies plus more than 300 people with Alzheimer's disease.

Bubu found an association between sleep apnea and beta-amyloid levels in patients with mild cognitive impairment and in those with Alzheimer's.

In addition, plaque developed more quickly in patients with sleep problems whether they had normal mental function or mild cognitive impairment.

Beta-amyloid also decreased in spinal fluid and increased in the brain more quickly, and tau also increased among those with sleep problems whether they had normal mental function or mild cognitive impairment, Bubu added.

Sleep problems, which cause the brain not to get enough oxygen, might be the reason for the increased development of plaque, he said.

"Since effective treatment measures exist for sleep disturbances, and sleep apnea especially, one way to potentially prevent Alzheimer's disease and/or its progression will be to effectively treat sleep apnea," Bubu said.