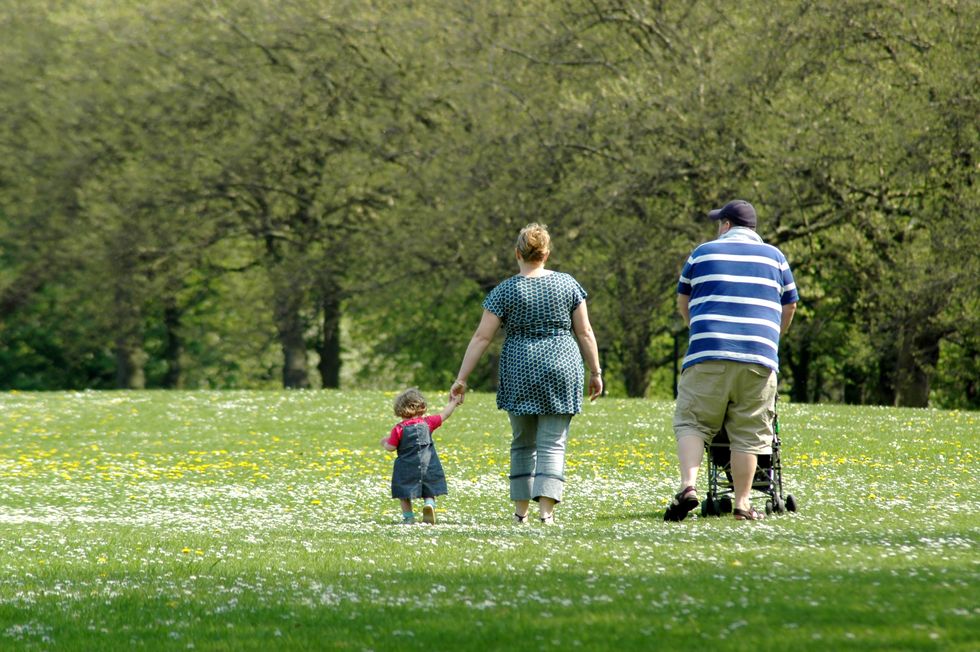 Children who have obese parents may show signs of developmental delays, such as poor social skills, by the time they're 3 years old, a new study suggests.

TUESDAY, Jan. 3, 2017 (HealthDay News)—Children who have obese parents may show signs of developmental delays, such as poor social skills, by the time they're 3 years old, a new study suggests.

The specific developmental problems seem to differ depending on whether the mother, father or both parents are obese, according to researchers from the U.S. National Institute of Child Health and Human Development.

"Specifically, mothers' obesity was associated with a delay in achieving fine-motor skills, and fathers' obesity in achieving personal and social skills—that includes skills for interacting with others," said lead researcher Edwina Yeung. She's an investigator in the institute's division of intramural population health research.

"When both parents were obese, it meant longer time to develop problem-solving skills," she added.

However, one pediatric neurologist not involved with the research isn't convinced that the study authors proved their case.

And Yeung acknowledged the same. "We used observational data, which doesn't allow us to prove cause and effect, per se," she explained.

The researchers did find that, compared with children of normal-weight mothers, children of obese mothers were 67 percent more likely to fail a test of fine-motor skills (using their hands and fingers) by age 3.

In addition, children of obese fathers were about 71 percent more likely to fail tests of personal and social skills, which may indicate how well they relate to and interact with others, by age 3, the researchers said.

Children whose mother and father were both obese were nearly three times more likely to fail tests of problem-solving ability by age 3, the findings suggested.

According to Yeung, about 2 percent to 4 percent of the children failed any single test.

Yeung said she can't explain the apparent connection between parental obesity and kids' developmental problems. For maternal obesity, some animal studies have suggested that inflammation could affect the fetal brain, she said.

With paternal obesity, the effect on offspring might be due to either gene mutations or other inherited genetic factors in sperm, Yeung said.

Most research into understanding child health and development has focused on mothers and their pregnancies. "Our findings suggest that factors from fathers may also play a role and deserve attention," Yeung said.

The report was published online Jan. 2 in the journal Pediatrics.

One child health expert doesn't think obese parents should be overly concerned by this study.

"Children of obese parents are not doomed to have developmental problems," said Dr. Ian Miller. He is a pediatric neurologist and director of neuroinformatics at Nicklaus Children's Hospital in Miami.

Any medical condition that affects the brain—such as lead-poisoning, sickle cell disease, iron-deficiency anemia, autism, epilepsy or cerebral palsy—can cause developmental problems, Miller said. He isn't ready, however, to add obesity to that list.

No matter whether parents are obese, normal weight or underweight, every child who might have a developmental problem should be screened and given help and therapy, he suggested.

Obesity may be a marker for increased risk of these problems, Miller said. The risk for developmental problems is low among all children, including those of obese parents. "It's not a 'sky is falling' type of scenario," he said.

For the study, Yeung and her colleagues collected data on more than 5,000 women and their children who were part of the Upstate KIDS study, which sought to determine if fertility treatments could affect child development from birth through age 3.

The women were enrolled in the study about four months after giving birth in New York state (excluding New York City) between 2008 and 2010.

About one in five pregnant women in the United States is overweight or obese, Yeung said.

To check the children's development, parents completed the Ages and Stages Questionnaire after doing a series of activities with their children, Yeung said.

The test doesn't diagnose specific problems, but is a screen for potential problems, so that children can be referred for further testing, she explained.

Children were tested at 4 months of age, and six more times through age 3 years. Mothers also gave information on their health and weight, both before and after pregnancy, and the weight of their partners, Yeung said.