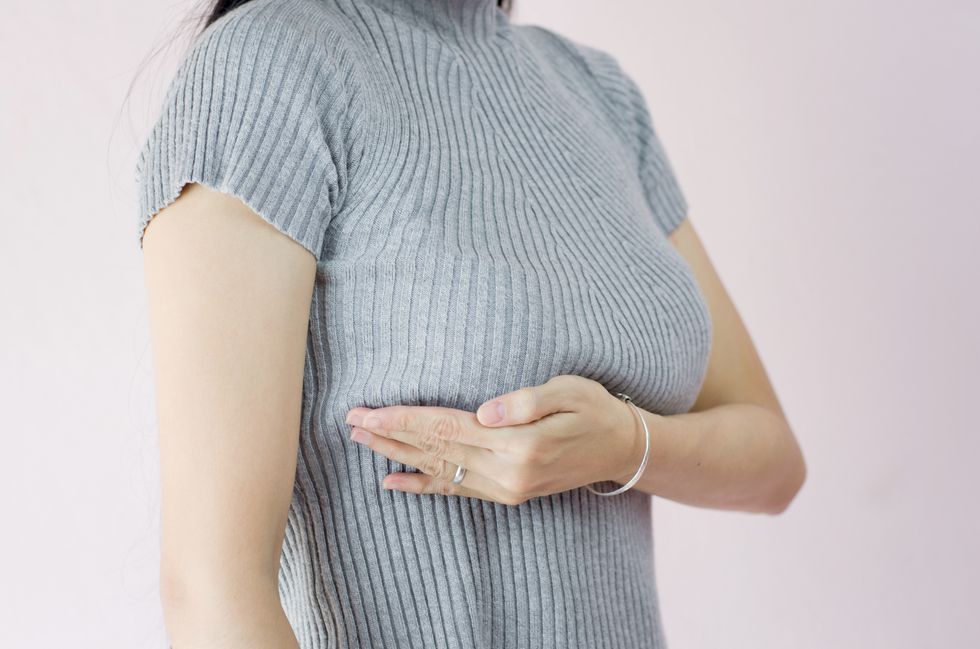 Women with breast symptoms at a regular cancer screening are more likely to develop breast cancer before their next screening, a new study finds.

WEDNESDAY, March 21, 2018 (HealthDay News)—Women with breast symptoms at a regular cancer screening are more likely to develop breast cancer before their next screening, a new study finds.

The study included women who took part in the Finnish National Breast Cancer Screening Program between 1992 and 2012. It invites women between ages 50 and 69 for mammograms every two years.

Those women who reported breast symptoms such as lumps, nipple retraction or nipple discharge at their regular screening visit were more likely to be recalled than those without symptoms—15 percent vs. 3 percent.

The study was scheduled for presentation Wednesday at the European Breast Cancer Conference, in Barcelona, Spain. Research presented at medical meetings is usually viewed as preliminary until published in a peer-reviewed journal.

The findings indicate that "women with breast symptoms should undergo further assessment irrespective of mammography findings," study author Deependra Singh said in a conference news release. Singh is a researcher at the Finnish Cancer Registry in Helsinki.

He noted that because mammography can miss up to 40 percent of breast tumors, women with symptoms, especially a lump, should be examined more often.

"There is room for improvement in the capability of mammography to detect cancer and our research shows this is particularly the case for women who have breast symptoms," Singh said.

"Our findings can be extrapolated to other countries that have national mammography screening programs, and we encourage these programs to collect and analyze information on symptoms," he said.