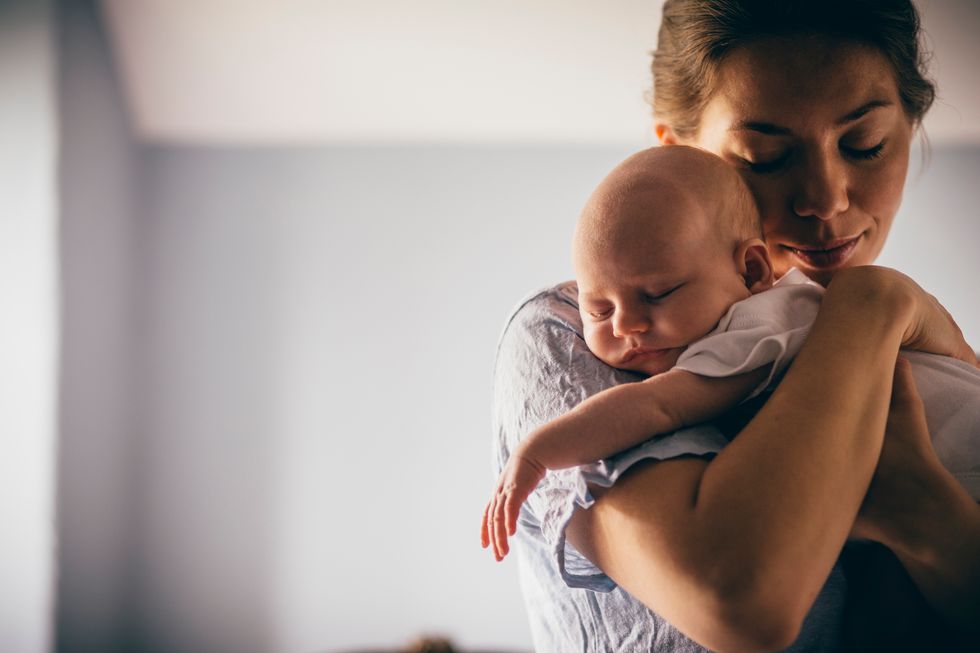 In what they call a first, researchers say they can predict whether some infants under the age of 1 will actually develop autism in their second year.

WEDNESDAY, Feb. 15, 2017 (HealthDay News)—In what they call a first, researchers say they can predict whether some infants under the age of 1 will actually develop autism in their second year.

The new experimental technique, using standard brain screening, is designed to focus solely on newborns known to be at high risk for autism because they have an older sibling who has it.

But the diagnostic breakthrough addresses a key problem that has confounded efforts to effectively screen for autism as quickly as possible: Babies typically don't show clear outward signs of the disorder until nearly the end of their second year of life.

By using scans to peek into the shifting size, surface area and thickness of certain parts of a baby's cerebral cortex as a baby hits the 6-month and 12-month mark, investigators found that they could forecast autism risk with 80 percent accuracy.

"These findings suggest a cascade of brain changes across the first two years of life that result in the emergence of autism at the end of the second year," explained study senior author Dr. Joseph Piven. He is director of the Carolina Institute for Developmental Disabilities at the University of North Carolina, Chapel Hill.

Piven and his team report their findings in the Feb. 15 issue of Nature.

The new screening approach was tested on approximately 150 infants, more than 100 of whom were deemed to be at high risk for developing autism because of familial background.

Piven pointed out that newborns who have older siblings already diagnosed with autism face a five times higher risk for developing autism themselves.

MRI scans were conducted on the babies at the 6-month, 1-year and 2-year marks. This is a time frame during which obvious symptoms of autism are few, despite possible evidence of motor and/or mental dysfunction.

Key brain measurements were then fed into a computer-generated algorithm, which generated autism prediction scores based on two observations: First, infants who develop autism by age 2 appear to undergo relatively high brain-surface growth between ages 6 months and 1 year.

The second observation: High brain-surface area growth in the first year of life is linked to a higher overall brain size in the second year of life. This brain overgrowth is an established marker for autism risk, researchers said.

The results: The computer program was able to accurately predict autism in eight out of 10 of those babies who developed autism by age 2.

Also, the approach was nearly perfect in predicting which high-risk babies would not develop autism by age 2.

"This finding," said Piven, "suggests that in the future, early brain imaging may be able to predict later autism risk and identify those infants who might benefit the most from intensive interventions before the symptoms emerge, and during a time when the brain is most malleable."

Still, Piven cautioned that the findings are "experimental" and need to be replicated with more research.

He also noted that even if the screening technique holds up under scrutiny, a range of new issues will have to be addressed before such early diagnosis could be offered on a widespread basis.

For example, Piven said, "We have no data yet on how families would react to this information."

And he added, "There are no treatments agreed upon by the field for infants [deemed to be] presymptomatic for autism. So there are a whole host of questions that need to be figured out before this would be available."

Still, Mathew Pletcher, vice president and head of genomic discovery at Autism Speaks in New York City, found the research encouraging because "providing early and accurate diagnosis for autism is critical for ensuring the best outcomes."

"[And] the sooner an individual can begin therapy," he said, "the greater benefit they will receive from it across their lifetime."

"Of course," Pletcher added, "this early work needs to be repeated with a larger set of individuals. But if true, the predictive algorithm developed by the project could be of great benefit to particularly at-risk populations, like younger siblings of individuals diagnosed with autism. [But] due to the expense and difficulty of this screening technique, it would be difficult to translate it into a screen for autism among the general population."