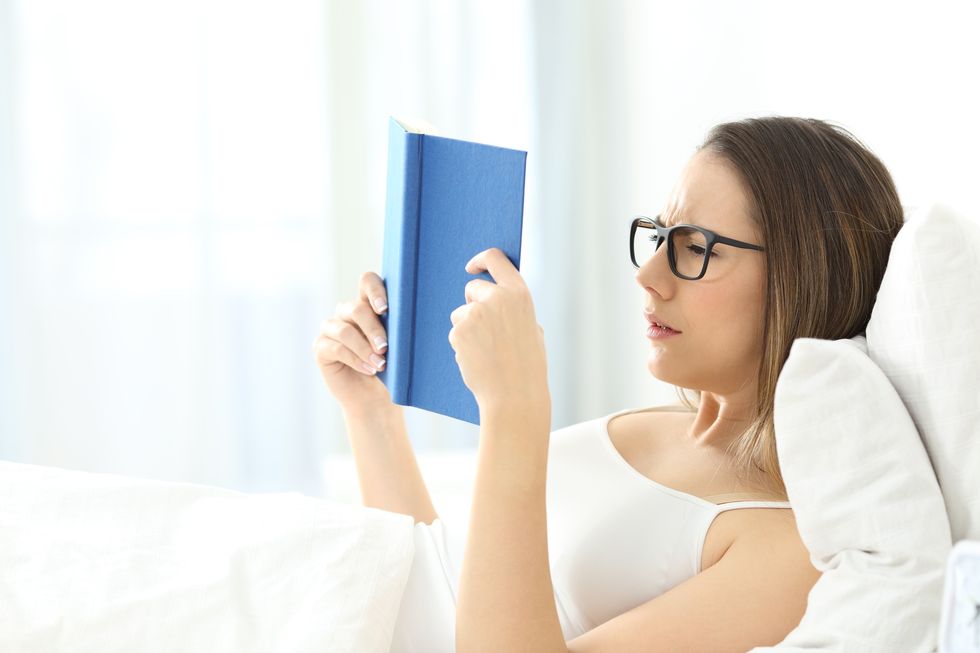 Bookworms More Prone to Be Nearsighted

Research found that the more years someone spent in education, the greater the risk of developing nearsightedness (myopia).

THURSDAY, June 7, 2018 (HealthDay News) -- You're probably familiar with the stereotypes about people who wear glasses -- these folks are studious and spend a lot of time indoors with their noses in a book.

As is often the case, it turns out that at least that stereotype may be true, a new British study suggests.

The research found that the more years someone spent in education, the greater the risk of developing nearsightedness (myopia). The study also reported that wearing glasses wasn't linked to better educational outcomes.

"This study provides strong evidence that more time spent in education is a causal risk factor for myopia," said senior study author Dr. Denize Atan, a consultant senior lecturer at the University of Bristol. But the research wasn't designed to prove more than an association between the two.

Nearsightedness is a leading cause of visual impairment all over the world, but especially so in children schooled in some high-income East Asian countries. In the United States and Europe, about 30 to 50 percent of adults are nearsighted. But in countries such as South Korea, Singapore and China, the rates can be as high as 80 to 90 percent, the researchers said.

"A university graduate from the United Kingdom with 17 years of education would, on average, be at least -1 diopter [focusing power] more myopic than someone who left school at 16 [with only 12 years of education]," Atan said. That level of myopia would lead someone to need glasses for driving, she added.

The study was published June 6 in the BMJ journal.

Ian Morgan, a professor at the Australian National University and author of an accompanying journal editorial, said, "People need to understand how education systems have a major impact on the prevalence of myopia, and that attention needs to be paid to how they are structured to avoid the problems that have emerged in East and Southeast Asia."

Of course, that doesn't mean Morgan is advocating less education to prevent myopia and the need for glasses.

"Clearly, the world is not going to abandon education, but there are some simple changes that can be made," he suggested.

One such change is letting kids spend more time outdoors. Both Atan and Morgan said it appears that time outside may be good for the eyes.

She added that other research has shown that the progression of myopia is faster in winter months, lending credence to the idea that natural light is important.

"The approach of increasing time outdoors in primary schools has already been implemented in Taiwan and has already reversed an almost 40-year trend of worsening of children's vision after initial implementation in 2010," Morgan said.

He also suggested that schools could likely reduce academic pressure in early education, which would probably lead to a reduction in myopia without significantly affecting overall education.

Hold On to Summer With These Health Habits

What to Expect When Your Eyes Start Changing

Tales From a Retinal Detachment