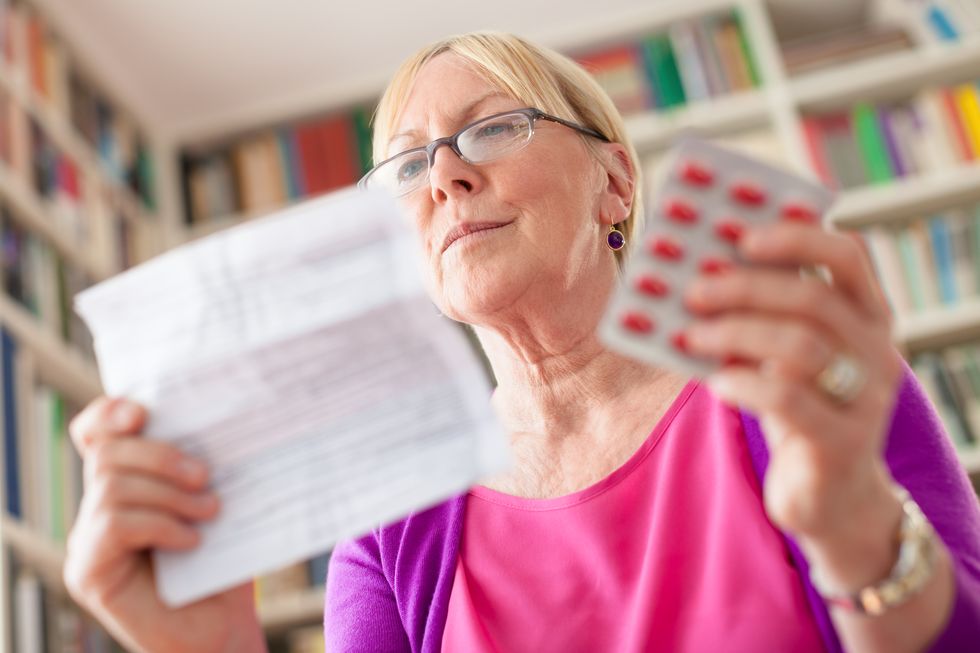 Are You Taking Too Many Prescription Meds?

Are You Taking Too Many Prescription Meds?

The more medications you take increases the likelihood that mistakes could occur.

TUESDAY, Oct. 31, 2017 (HealthDay News) -- More than half of Americans regularly take about four prescription medications, increasing the likelihood that mistakes could occur, according to Consumer Reports.

People taking multiple prescription medications should visit their doctor for a "medication checkup."

By showing their doctor or pharmacist a comprehensive list of every drug they are taking, including vitamins and other dietary supplements, patients can be warned about potentially harmful interactions. They can also find out if any of these medications are no longer necessary, which would save them money.

Consumer Reports encourages patients to have this type of medication review at least once a year.

"Much medication use is lifesaving, without a doubt. But some drugs can potentially do more harm than good," said Lisa Gill, deputy editor of Consumer Reports.

"Our concern is that inappropriate prescribing can lead to unnecessary risk, including trips to the emergency room," she said in a news release from the organization.

"We hope to encourage consumers to talk with their health care providers about the meds and supplements they take, so they can ultimately lower their risk," Gill said.

"There are many root causes, including a 'culture of prescribing.' Perhaps most worrisome is prescribing for pre-disease stages of a condition, such as pre-osteoporosis or pre-diabetes, where the medications offer limited benefit for people," Gill said.

"And, we've seen a push to treat common problems like back pain, heartburn and insomnia with medication before trying effective, non-drug measures first," she said.

People who are on multiple medications also need to be extra careful about possible interactions.

"The risk of adverse events increases exponentially after someone is on four or more medications," said Dr. Michael Hochman, of the University of Southern California Keck School of Medicine.

The harmful effect of inappropriate prescription drugs sent 1.3 million people to emergency rooms across the United States in 2014. Of these patients, roughly 124,000 died, according to the U.S. Centers for Disease Control and Prevention and the U.S. Food and Drug Administration. Many of these medication events were preventable.

Consumer Reports advises that people consider the following questions to determine if they need to have their medications reviewed: