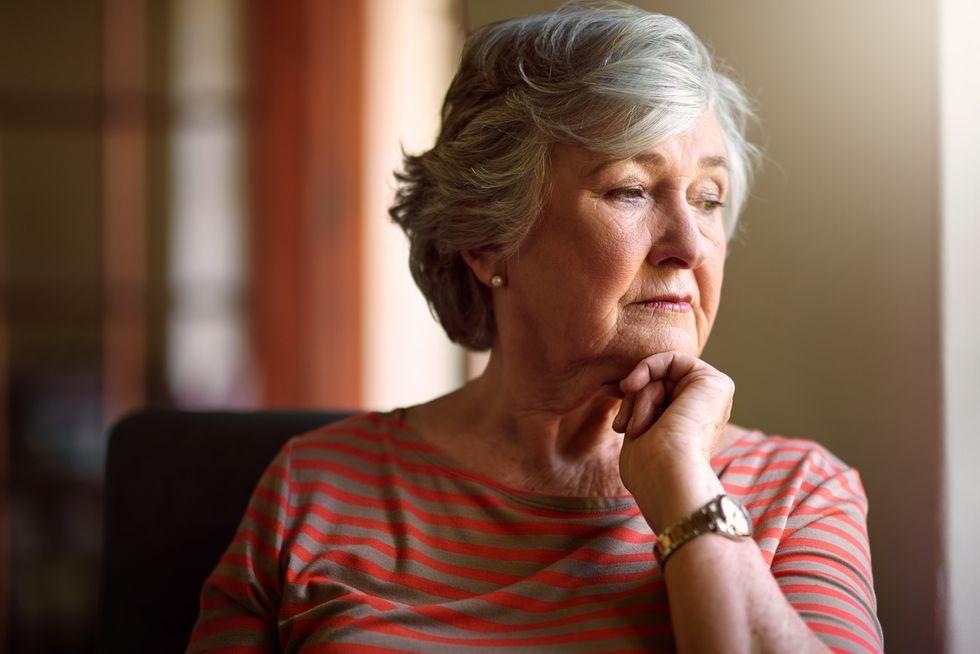 As if older women didn't already worry enough about their bone health, new research suggests that anxiety may up their risk for fractures.

THURSDAY, May 17, 2018 (HealthDay News) -- As if older women didn't already worry enough about their bone health, new research suggests that anxiety may up their risk for fractures.

Based on an analysis involving almost 200 postmenopausal Italian women, the finding builds upon previous research linking anxiety to a higher risk for heart disease and gastrointestinal problems.

"Our findings are quite surprising because an association between anxiety levels and bone health was not reported before," said study author Dr. Antonino Catalano, though the study did not prove that anxiety caused fracture risk to rise.

Catalano is an expert in internal medicine, bone metabolism and osteoporosis with the department of clinical and experimental medicine at the University Hospital of Messina in Italy.

As to what might explain the association, Catalano pointed to a number of factors.

"Our opinion is that anxious women are more likely to engage in poor health behaviors, such as smoking or a poor diet," he said. "Moreover, the negative effects of stress hormones on bone status may be considered as also enhancing fracture risk."

Catalano added that women who struggle with higher levels of anxiety were also found to have lower levels of vitamin D. "Poor vitamin D status has been previously associated with increased fracture risk," he said.

The researchers noted that osteoporosis is the most common metabolic bone disease in the world. An estimated 33 percent of women and 20 percent of men will suffer from an osteoporosis-related fracture at some point in their lives.

The research team also noted that 7 percent of the world's population suffers from anxiety disorders.

To see how the two issues might intersect, the researchers focused on patients attending one Italian osteoporosis clinic in 2017.

A wide range of mental health concerns were also explored, including depression, tension, insomnia, memory and anxiety levels ranging from moderate to severe.

The investigators determined that women who had the most anxiety faced a noticeably higher fracture risk, compared with women with the lowest degree of anxiety.

The study was published online May 9 in the society's journal Menopause.

Higher anxiety was also linked to lower bone mineral density scores in both the lower back area (known as the lumbar spine) and in the femoral neck area (just below the ball of the hip joint).

The findings should encourage physicians to explore anxiety levels among older women when assessing fracture risk, the researchers said.

Pinkerton highlighted a number of steps women can take to minimize fracture risk as they age.

"Women reach peak bone mass around age 35," Pinkerton noted. "So it becomes important for perimenopausal women and menopausal women to get adequate amounts of calcium." Experts recommend 1,200 milligrams a day, between diet and supplements, she said.

Getting sufficient magnesium and vitamin D -- from either sun exposure or supplements -- is also critical, she added, alongside routine strength and resistance training. That, she said, can include walking, lifting weights or using elliptical machines.

Women should also avoid smoking, drinking too much, being sedentary, taking excessive thyroid replacement medications, and/or medications such as steroids or proton pump inhibitors, Pinkerton said.

For women particularly concerned about anxiety, she suggested turning to "mindfulness, cognitive therapy, self-calming strategies, yoga, or seeking help through counseling or, if needed, medications," she said.

As for hormone therapy, Pinkerton stressed that while it's not a treatment for depression or anxiety, "it can sometimes be helpful in women, and is sometimes used alone or in combination, depending on whether women have menopausal symptoms or respond favorably to a trial of hormone therapy."