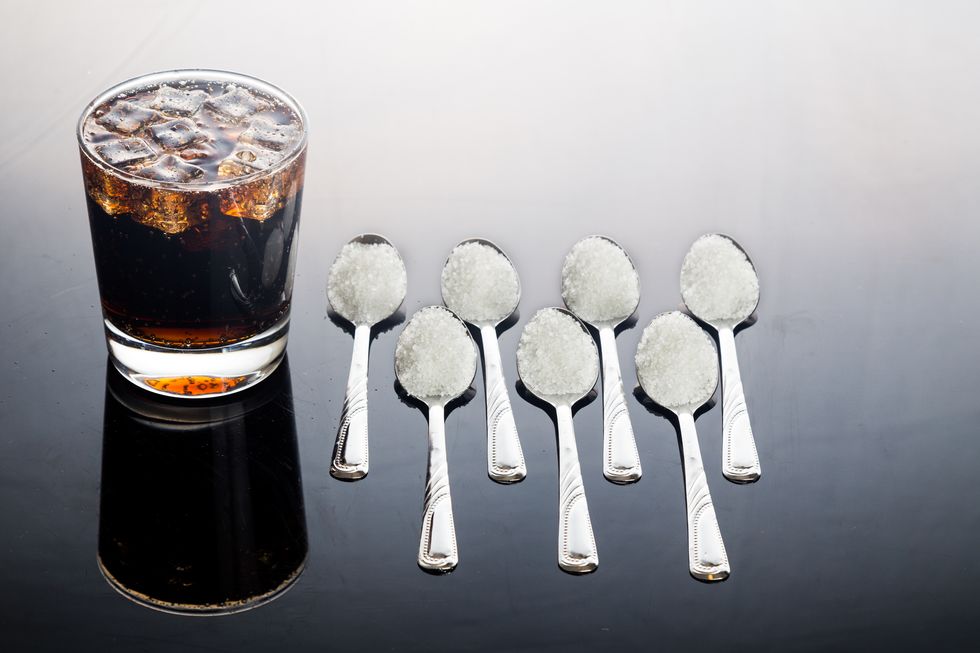 Consumption of sodas and other sweet drinks—a big source of sugar in Americans' diets—has dropped in the past decade among both kids and adults, researchers find.

TUESDAY, Nov. 14, 2017 (HealthDay News)—Consumption of sodas and other sweet drinks—a big source of sugar in Americans' diets—has dropped in the past decade among both kids and adults, researchers find.

Read More: Is There Sugar Hiding in Your Food?

"People's preferences are shifting," Bleich said. "Beverage consumption overall is going down, in addition to sugary beverage consumption. It may be that messages about beverages are starting to get through to people."

However, despite this drop in sugary drink consumption, the obesity epidemic continues apace, with more obese middle-aged people, young adults and children than ever before, Bleich noted.

The report was published online Nov. 14 in the journal Obesity.

Reducing the amount of these drinks that people consume could have a significant effect on obesity, Heller noted, as long as they are replaced with healthier options—such as water, seltzer, tea or milk.

The participants were asked about what drinks they had consumed in the past day—including sugar-sweetened drinks, 100-percent juice, diet drinks, milk (including flavored milk), unsweetened coffee or tea, alcohol and water.

Despite this drop, teens and young adults still consumed more than the recommended amount of added sugar set by the 2015-2020 Dietary Guidelines for Americans, Bleich said.

And children should not have more than four teaspoons of sugar a day.

Bleich said these groups tend to live in poorer areas where access to cheap sugary drinks is abundant.

"There is an effect over time where you get conditioned to drinking sugary beverages, and it becomes a regular part of life, as opposed to drinking water and other things that don't have calories in them," she said.

The overall reduction in consumption of sugary drinks was offset by an increase in kids drinking more milk, and kids and adults drinking more water—both positive trends, Bleich noted.

Heller believes that parents can influence the choice of drinks their children prefer simply by choosing unsweetened drinks themselves. For instance, "studies have found that children's frequency of water intake is strongly influenced by parenting practices and parental role modeling," she said.

"There is no reason for children to be drinking sodas (diet or regular), chocolate milk or fruity drinks," Heller said, adding that, when raised drinking water, milk or unsweetened, plant-based milks, children are generally perfectly happy with these choices.

"Eventually, they will be exposed to sugar-sweetened beverages," she said, "but hopefully the healthier habits they learned when little will prevail."