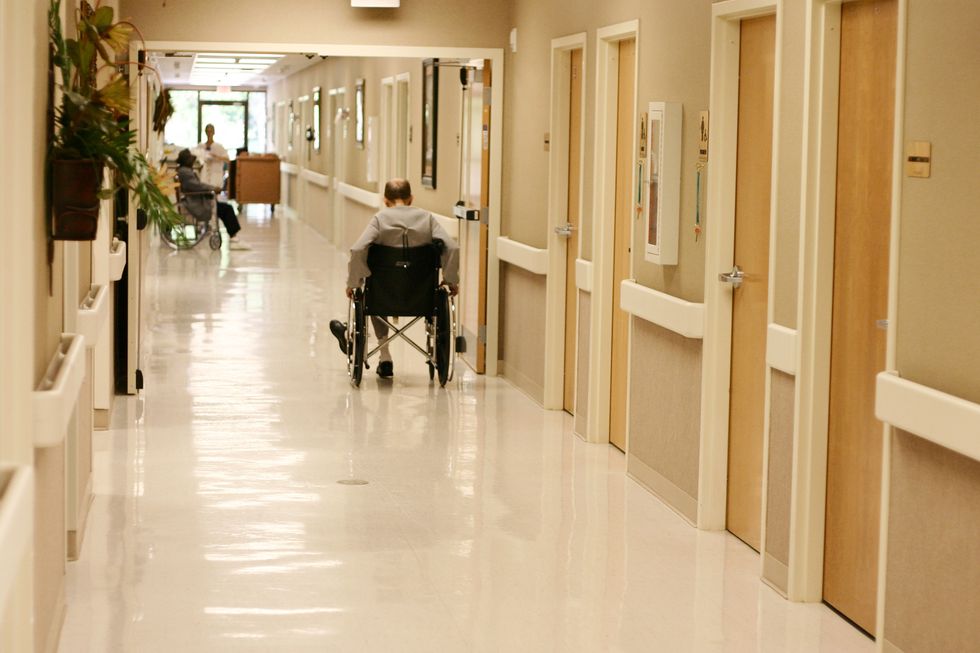 Multidrug-resistant bacteria, such as E. coli, can be found in more than one-quarter of people living in nursing homes.

TUESDAY, May 30, 2017 (HealthDay News)—Multidrug-resistant bacteria, such as E. coli, can be found in more than one-quarter of people living in nursing homes, a research review finds.

Reviewing eight prior studies, researchers reported rates ranged from 11 percent of residents to an alarming 59 percent, with 27 percent the average.

But just because nursing home residents are colonized with the bacteria doesn't mean they have an illness.

"Someone who is colonized has the bacteria on them, but may not know it. They may not show any symptoms. But they can spread the germ to others, and they have the potential to become sick themselves," Aliyu said.

As the nation's "superbug" list grows, health officials are particularly concerned about infections resistant to carbapenems—powerful antibiotics used as a last resort, the study authors noted.

People in nursing homes often have health conditions that can weaken their immune system, and they're often on prolonged antibiotic use, which contributes to antibiotic-resistance. Plus, nursing home residents share many spaces and interact with each other, giving the germs a chance to move from person to person, Aliyu said.

The study looked specifically for bacteria known as multidrug-resistant gram-negative bacteria (MDR-GNB). Infections with these types of bacteria are common in nursing homes, according to the study authors. And treatment options are limited.

The researchers looked through the medical literature for studies on MDR-GNB and nursing home residents. Eight studies done between 2005 and 2016 were included in the analysis.

"This was a well-done study that quantifies the degree of colonization in long-term care facilities," said Linda Greene. She's president-elect of the Association for Professionals in Infection Control and Epidemiology, Inc., in Rochester, N.Y.

Greene said it's hard to know just how high colonization rates are in the general community, and the rates seen in nursing homes are likely higher than in hospitals.

"It stands to reason that colonization rates may be higher because the nursing home is people's residences. And this is where the challenges occur, because how do we curtail this? There's so much interaction between nursing home residents. But we don't want people confined to their rooms," she said.

And he said people should always ask health care providers—whether in the doctor's office, hospital or long-term care facility—if they've washed their hands before examining you.

"Health care providers shouldn't be offended by this question," he said.

As for the current study, Gifford said it's very tough to know where people became colonized with these difficult-to-treat bugs. "Everyone likes to point fingers, but we really don't know where the bacteria came from. Some probably originated in the nursing homes, some in hospitals and some in the community. Ninety percent of admissions to nursing homes come from a hospital," he said.

"What we need to do is collectively work together to address this problem," Gifford said.

"The findings from this study reflect the fact that—in the U.S. in particular—we administer antibiotics much more frequently than is necessary. As you give out more and more antibiotics, you're going to develop more antibiotic resistance," he explained.

Gifford called the overprescribing of antibiotics "a real and serious threat in the U.S."

And overprescribing isn't just an issue in nursing homes, he added. It's also when children or adults get antibiotics for a virus.

"Changing antibiotic prescribing is as important as infection controls," he said.

Greene agreed that hospitals and long-term care facilities need to work together to combat the problem. She said communication between facilities needs to improve, especially when someone is transferred while taking antibiotics to ensure that they finish their full course of antibiotics.

Findings from the study were published in the May issue of the American Journal of Infection Control.