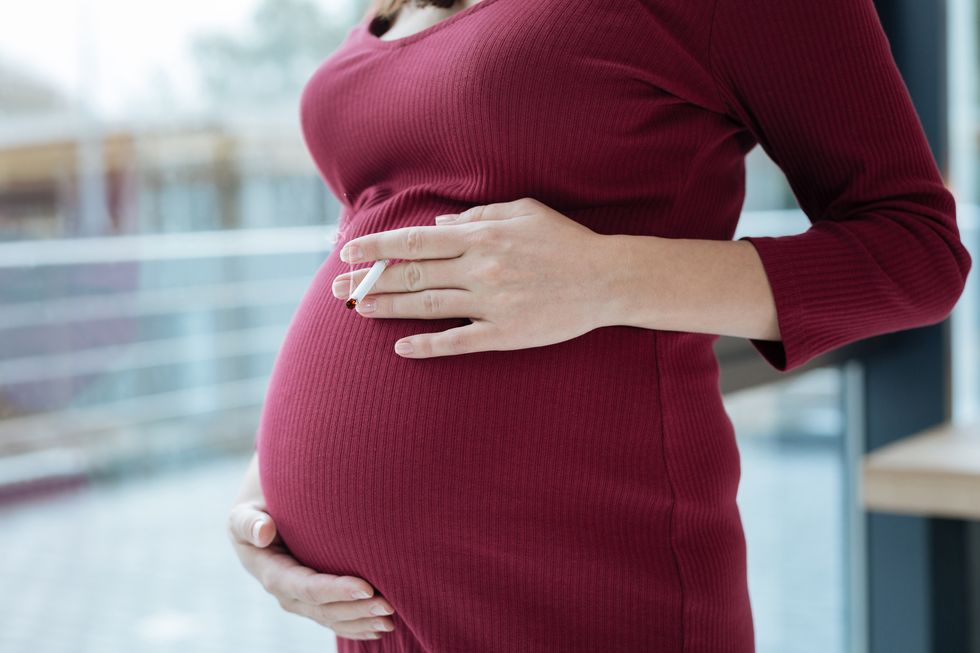 Though the dangers of smoking during pregnancy to both mother and baby are well-known, just over 7 percent of women still light up while pregnant, a new government report shows.

WEDNESDAY, Feb. 28, 2018 (HealthDay News)—Though the dangers of smoking during pregnancy to both mother and baby are well-known, just over 7 percent of women still light up while pregnant, a new government report shows.

Younger and less educated moms-to-be were the most likely to continue puffing on cigarettes while pregnant, according to the National Center for Health Statistics, part of the U.S. Centers for Disease Control and Prevention.

"Since smoking exposes both the woman and the fetus to serious health risks, more intense smoking cessation counseling is recommended for this population of smokers," said Patricia Folan, director of the Center for Tobacco Control at Northwell Health in Great Neck, N.Y.

Native Americans and Alaska natives were more prone to smoke while pregnant (16.7 percent), and certain areas of the country also saw higher smoking rates among pregnant women. The findings were based on data collected in 2016.

"This study indicates that women of certain age groups, ethnicity and educational background are more likely to smoke during pregnancy," Folan said. "Anti-tobacco educational media campaigns targeting these populations may help bring more awareness to the importance of quitting during pregnancy and remaining quit after delivery.

"When possible, engaging women to quit preconception is ideal," she added.

The women who would need to be engaged are typically young, the report showed. The smoking rate among pregnant women was highest among those in their early 20s (10.7 percent), followed by those aged 15 to 19 (8.5 percent) and those aged 25 to 29 (8.2 percent).

Conversely, smoking during pregnancy declined with increasing maternal age, with it being the least prevalent among those aged 45 and over (2 percent).

"The data in this study on the prevalence of smoking suggests that education may have a large impact on cigarette smoking during pregnancy," said Dr. Jennifer Wu, an ob-gyn at Lenox Hill Hospital in New York City. "Women who are older and more educated are less likely to smoke during their pregnancy."

The report, Cigarette Smoking During Pregnancy: United States, 2016, was published on Feb. 28.

And because there is a greater stigma associated with smoking during pregnancy, "a health care provider's sensitivity and empathy during coaching and counseling will increase the likelihood that a pregnant woman will disclose her smoking behavior and be receptive to cessation advice," Folan added.